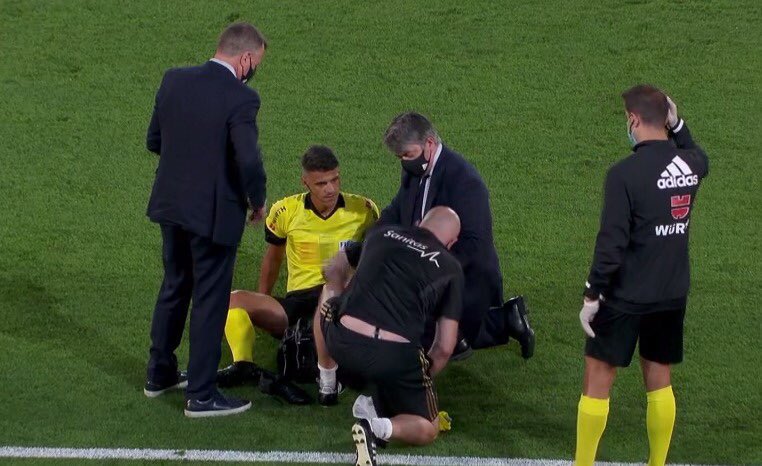 Real Madrid coach Zinedine Zidane might have repeatedly said he is tired of hearing that his team wins because of referees’ favors but it appears he will continue to hear such theories.

Madrid overcame Alaves 2-0  last night to register their 8th consecutive win in LaLiga, a result which saw them go within touching distance of the title.

For the third game in a row, Real were awarded a penalty, this time French left-back Ferland Mendy was adjudged to have been fouled by Ximo Navaro in the 10th miute of the clash and referee Gil Manzano pointed to the spot though some felt it was a soft one.

To add humor to the already uproarious theory, Manzano twisted his ankle in the first half and was attended to by the Real Madrid medical team before he was replaced by the fourth official for the second half.

Real’s second, scored by Marco Asensio just after the restart, was intially ruled out for offside in the build up by VAR overturned the decision and the goal stood.

Barcelona president Josep Maria Bartomeu has on record complained that VAR hasn’t been fair and the latest drama will obviously fuel the conspiracy theories.