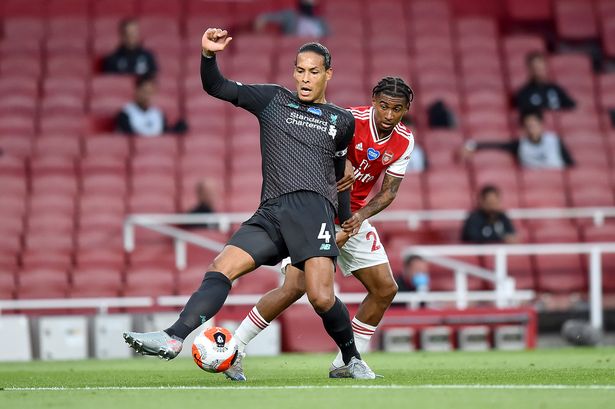 Virgil van Dijk took full responsibility for his mistake while ruing the lapses in concentration that resulted in Liverpool losing 2-1 to Arsenal.

The newly crowned champions needed a victory in the encounter to keep the hopes of breaking Manchester City’s record mark of 100 points in a single season.

Van Dijk told Sky Sports: “Well, obviously the goals we gave them as a present.

“I think until their first goal it was totally us, we dominated, put pressure on them and we gave them two goals and obviously then it’s difficult to come back.

“We created some opportunities, I think they tried to break on us at times but obviously if you give the goals away like this, like we did today, including myself, then you get what you deserve.”

Mistakes happen. That’s part of football. But it’s how you react to them that matters. Two big games to go, let’s finish strong! Can’t wait for next Wednesday! 🏆🏅 pic.twitter.com/E7kXHwT23x

Sadio Mane’s early opener was cancelled out by Alexandre Lacazette who intercepted a weak back-pass from Van Dijk. The hosts scored again towards the end of half-time through Reiss Nelson following a rare blunder by Alisson Becker.