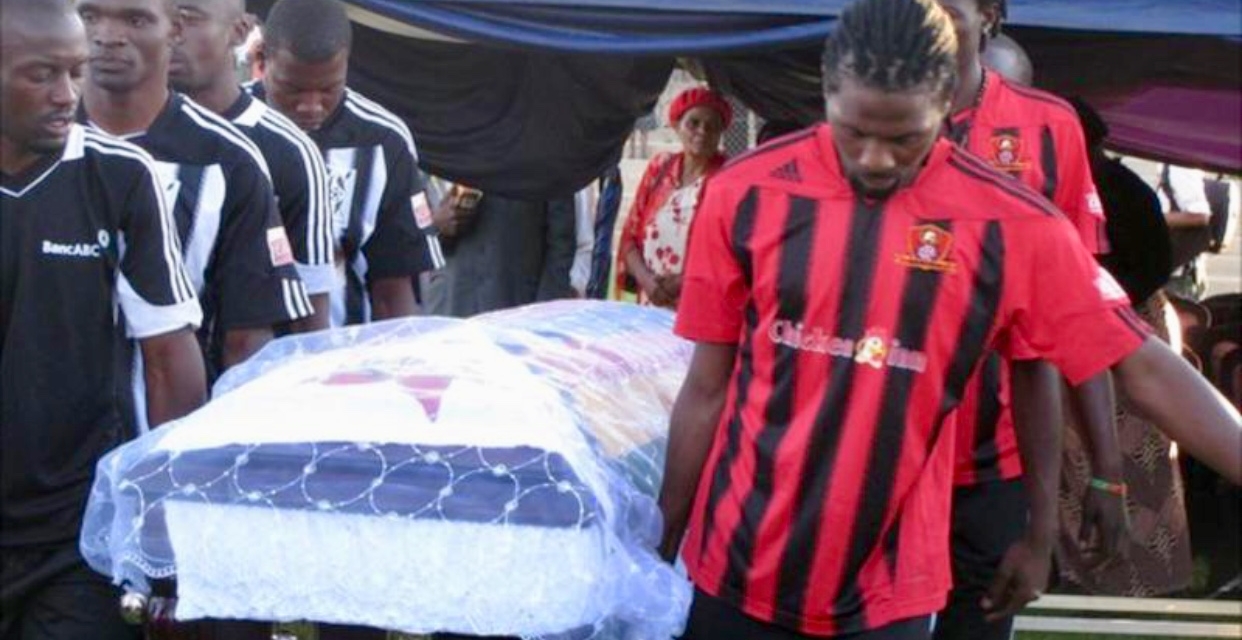 The 16th of December 2012 will forever be remembered as one of, if not the darkest day in the history of Zimbabwean football.

A silver Victoria Falls-bound BMW X5, crashed at the 417km peg, near Lupinyu Business Centre around 01:20am in the morning, with the car said to have uprooted three trees.

On board were the Ndlovu brothers; Adam and Peter, as well as a young woman identified as Nomclo Tshili.

Adam, who was the Chicken Inn coach at that time, died on his way to the hospital while the aforementioned lady died on the spot according to the Police report. Peter was left batting for his life.

A villager in the area actually tried to help the victims, not knowing it was the popular Ndlovus-brothers from arguably the most successful family in Zimbabwean football history.

“I am only hearing it now that Adam and his brother Peter were the people we pulled from the wreckage. At the time I thought we were just helping some strangers,” he was qouted as saying.

The sombre atmosphere which engulfed the country’s football fraternity in the wake of the disaster is still fresh in the minds of many.

People from all works of life thronged the Lady Stanley Cemetery in Bulawayo to say goodbye to Adam, who was affectionately known as ‘Adamski’, a legend whose glittering  career spanning from 1992 to 2005 is well-documented.

Adam cut his football teeth at Bosso in the early 90s before joining Swiss side SC Kriens in 1994 before moving to SR Delemont in 1997.

He briefly returned to Highlanders in 2001, and then crossed the Limpopo to go to South Africa, where he turned out for Moroka Swallows, Dynamos and Free State Stars from 2002 to 2005 before he retired to venture into coaching.

Adam was also part of the historic Sunday ‘Mhofu’ Chidzambwa-led Warriors side which broke the 24-year jinx to step on Tunisian soil for the 2004 Africa Cup of Nations finals.

Continue to rest in power Adamski-13!