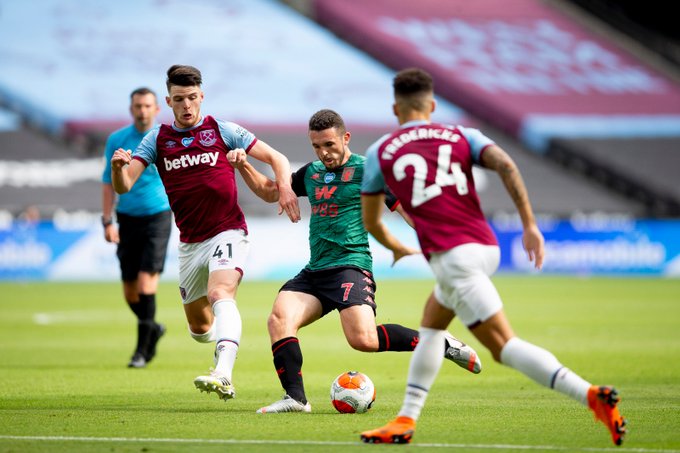 Aston Villa will be in the English Premier League in the 2020/21 season following the completion of a terrific survival mission.

Threee weeks ago, Dean Smith’s men looked down and out but remarkably collected 7 out of a possible 9 points against Crystal Palace, Everton and Arsenal to sneak out of the relegation zone with one game left to play.

They needed to win against West Ham at the London Stadium and hope that Watford lose to Arsenal at the Emirates and for Bournemouth to also lose or draw against Everton at Goodison Park.

Their 1-1 draw at West Ham and Watford’s 2-3 loss to Arsenal guaranteed Villa safety.