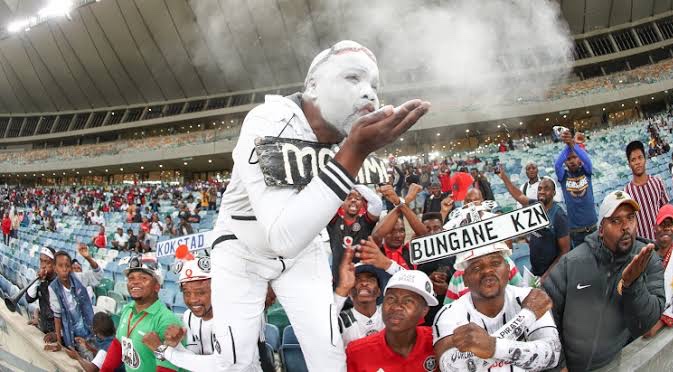 Orlando Pirates have confirmed that their super fan Mandla ‘Mgijimi’ Sindane is no more.

South African media reported that Sindane died in his sleep on Monday but his body was only discovered this morning.

“When our father went to check him today he found him dead. Most people who were following him say last night he was on Facebook. It looked like he had just taken a bath when this happened. It happened in his sleep” his brother told Kick Off.

“We found out today around past one. Ja, all along he was staying alone because his child was currently busy with something. At this stage we don’t know what took him. He was even telling us that he was starting to feel okay, not realising he was passing.”

Orlando Pirates took to Twitter to announce the death of Sindane.

“The Club is saddened to learn of the passing of one of its staunchest and most active supporters Mandla Sindane. Rest In Peace, Mgijimi,” read the post.