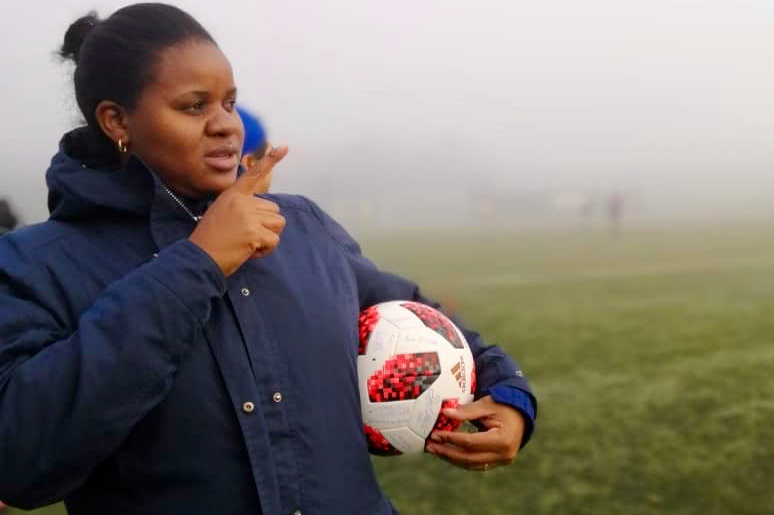 Violet Jubane arrived at ZIFA as an intern in 2011, not knowing that would be the beginning of remarkable journey in football administration.

The 34-year-old is now the local football governing body’s Central Region office secretary and a holder of the FIFA Master, one of the most sought-after qualifications in sports administration.

Despite the occupational stereotypes associated with football administration, Jubane has excelled, to the point that she has travelled to many European countries on various missions and even interacted with the likes of Manchester City manager Pep Guardiola at some point.

She recalls how her journey in football management, an industry in which positions are usually a preserve for men, began.

“Not only in Zimbabwe where football is taken as a man’s game but also in different parts of the word. Getting an opportunity to work in football made me realize that there are opportunities which also available for women and I started to upgrade myself by acquiring knowledge and skills which are relevant to my ambitions and career,” she opened up in an interview with Soccer24.

“I developed a spirit of resilience and appreciated that football is male dominated but that shouldn’t be the barrier for me to pursue a career in football or sport,” she added.

Jubane admitted that she sometimes pinches herself to make sure she isn’t dreaming that she is a holder of the FIFA Master but the Diploma has made her realize that nothing is impossible in life.

“At times I feel like I am dreaming, graduating with the FIFA Master has helped me believe that if one overcomes fear, everything is possible. I remember when I started to know about it, I believed in myself and I started to work hard until I managed to qualify for this prestigious programme,” she said.

“I feel blessed but also I wish to inspire others so that they can consider doing the programme or pursuing career in sport. I had the opportunity to enrol in a class of 32 students from 28 different nationalities and it has been a life altering experience to interact with classmates who have diverse backgrounds whilst accepting the indifferences,” explained Violet.

Jubane wants the knowledge she has gained in her journey to impact local football.

“I would love to make an impact and leave a mark. Our sports ecosystem is not very strong and sports organizations in Zimbabwe or in African don’t believe in the sports business. My ambition is to promote financial sustainability of sports organizations whilst embracing new technology,” she said.

Local football clubs are greatly behind in terms of strategies to run professionally and emulate their European counterparts but Bulawayo Chiefs have been impressive in building their brand and she agreed they have done well in that regard.

“I think Bulawayo Chiefs FC are doing quite good in that area. Building a loyal and big fan base has become a key issue in the current era and local clubs are missing the chance on the expense of European clubs,” said Jubane.

Zimbabwe has over the years produced players who have gone to rub shoulders with some of the best players in the world in various leagues across Europe, with Marvelous Nakamba currently with Aston Villa in the English Premier League while Tino Kadewere and Marshall Munetsi are in the French Ligue 1 with Olympique Lyon and Stade de Reims respectively; Jubane believes there should be more telent-spotting for other players to follow suit.

“I think there is need to develop football from grassroots and working together with schools in improving accessibility of football to young generation will be a great idea to identify and develop talent.”

Here are some of the pictures of her during some of her missions in Europe. 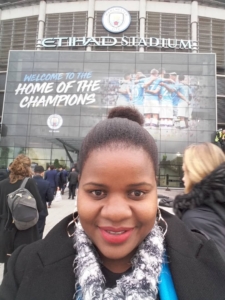 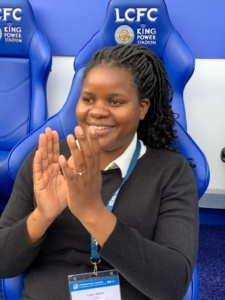 Violet at the King Power Stadium, home of Premier League side Leicester City. 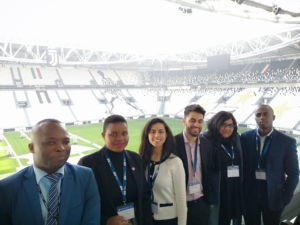 Violet poses for a picture with colleagues at Juventus Stadium in Turin, Italy.