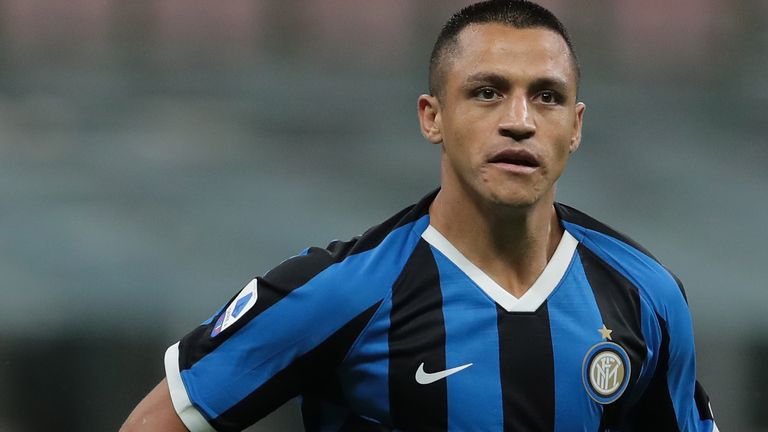 Manchester United coach Ole Gunnar Solskjaer has confirmed that Alexis Sanchez will be joining Inter on a permanent transfer.

The Chile international, 31, joined the Serie A side on a season-long loan in August 2019.

Inter CEO Giuseppe Marotta was the first to reveal that a deal for Sanchez would be announced on Thursday and Solskjaer confirmed it after United reached the quarter-finals with a win over LASK on Wednesday.

“I can confirm that he’s agreed and we’ve agreed,” the coach said. “Alexis enjoyed his time there.

“They’ve liked him, so of course that’s a good move for him. Wish him all the best. He’s a top player, that we want to see play his best football.

“For whatever reason, we didn’t see the best of Alexis, but he’s a top professional, and we just wish him all the best.”

Sanchez will receive a payout from United for cancelling his contract, which still has two years to run. The details of the payout are unknown but the value of the remaining two years in wages is reportedly around £55m.