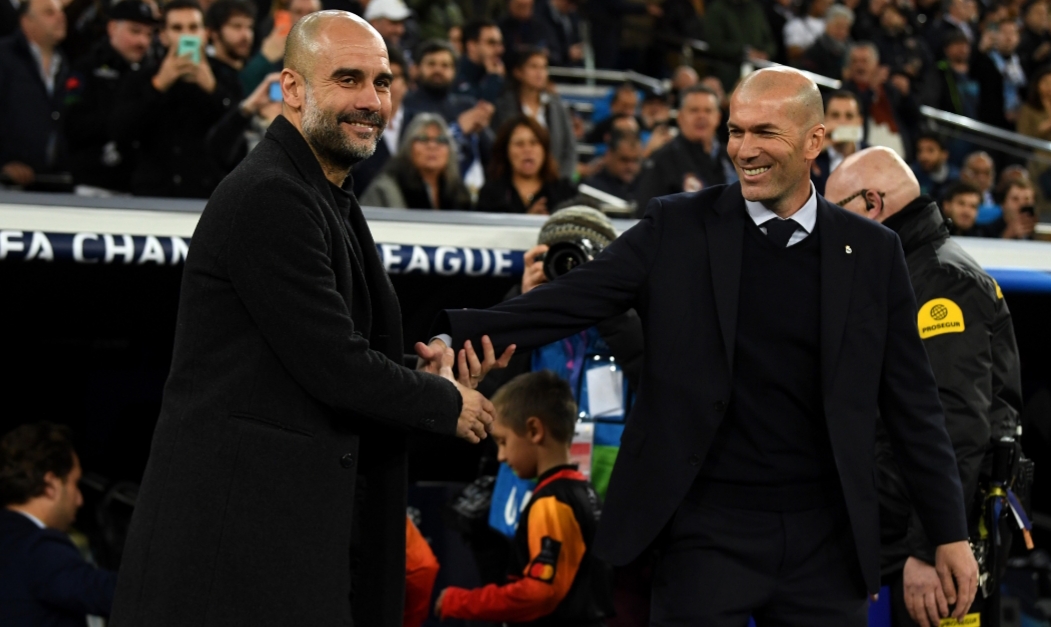 The wait is finally over! Footfall fans from all over the world will once again hear the UEFA Champions League anthem play.

Europe’s premier club competition returns after a four-month break due to the Covid-19 pandemic with two potentially-epic round of 16 clashes.

In what will most likely be the more exciting of the two, Manchester City host Real Madrid at the Etihad.

Pep Guardiola’s men hold a 2-1first leg advantage over Los Blancos, who will be without influential skipper Sergio Ramos, who was sent off in Madrid and will serve his suspension.

City on the other hand, will be without talisman Sergio Aguero, who is nursing an injury.

Since he left Barcelona in 2012, Guardiola has never knocked out a Spanish team from the Champions League in three attempts while Real coach Zinedine Zidane has remarkably never been knocked out from the the competition in his managerial career.

In the other clash in Turin, Juventus host a tricky customer in Olympique Lyon.

Lyon have a slender 1-0 advantage from the first leg and will be looking up to the pair of Memphis Depay and Mousa Dembele to carry them over the line at the expense of the Old Lady.

In Cristiano Ronaldo, Juve have the competition’s all time leading goalscorer, who will be looking to propel them the quarter-finals and search for his 6th winners medal.

Both encounters kick of at 21:00 live on Supersport TV.