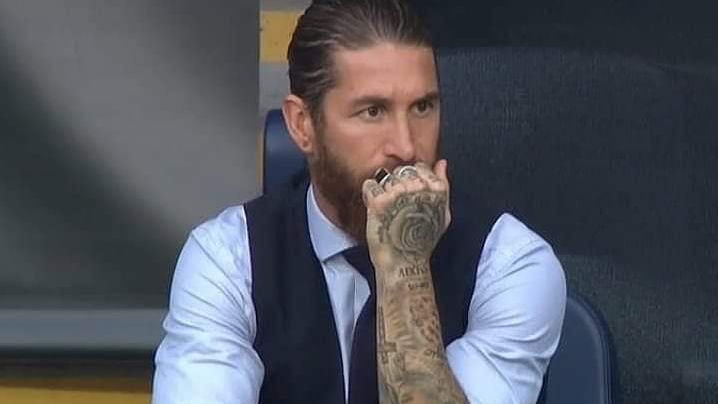 Ramos, who was suspended for the return leg after getting a red card in the first leg, watched helplessly as his central defence partner Rafa Varane made two costly errors which resulted in both Manchester City’s goals in the 1-2 defeat.

The Spaniard has since taken to Twitter to react to the defeat.

“An extremely strange season is over and the taste is bittersweet. This year has been very hard on everyone. But we are Real Madrid and we were set to win everything. Credit must be given to winning the Liga under such exceptional circumstances and the Spanish Supercup. However, being eleminated from the Champions League leaves us with a bitter aftertaste: we wanted more.

Now it is time to rest to come back and fight for the next season. This badge and this history always deserve it all. In victory, in defeat, always: HALA MADRID.
Thank you for your unconditional support, even in the distance,” he wrote.