Knowledge Musona was deployed in the central midfield position when KAS Eupen drew 1-1 at Leuven on Sunday.

The match was the first for both teams in the 2020/21 Belgian campaign which kicked-off on Saturday.

Usually used as a left-winger, Musona played in the match as a central midfielder and featured for the entire ninety minutes of the game. He created four chances on goal despite playing behind the front three in a 4-3-3 formation.

Leuven were the first to score through Sascha Kotysch in the 57th minute before Ghanaian youngster Isaac Nuhu equalised in the 72nd minute.

KAS Eupen will host Club Brugge in their next match on 16 August.

Here is how Eupen lined up in the Sunday’s game. 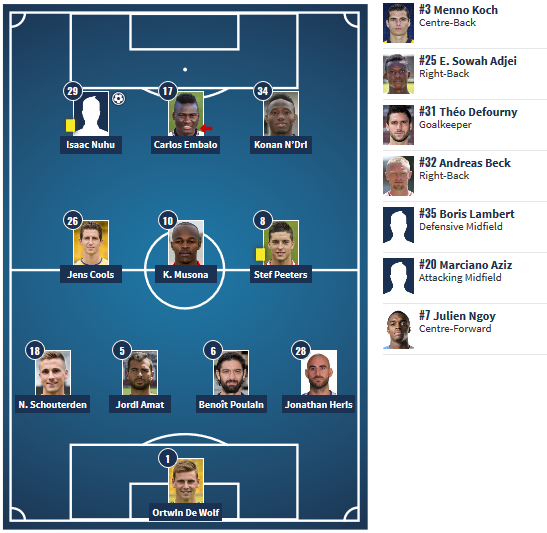