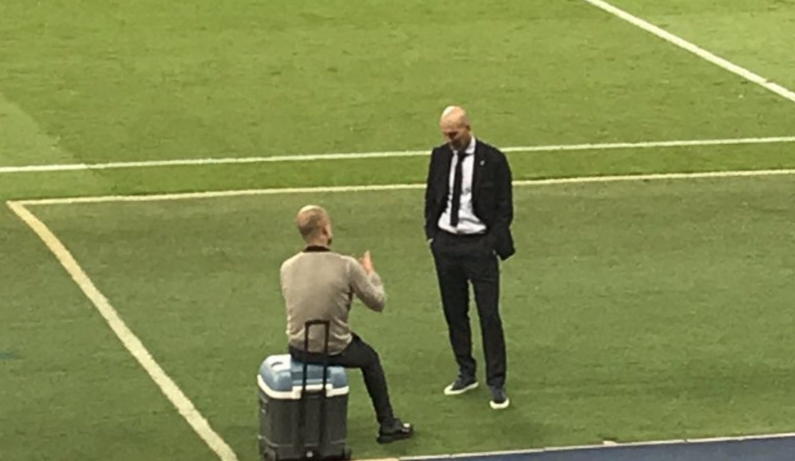 Manchester City coach Pep Guardiola has detailed the private conversation he had with his Real Madrid counterpart Zinedine Zidane after the two sides’ Champions League Round of 16 clash at the Etihad on Friday.

The Citizens progressed to the quarter-finals after brushing-aside Los Blancos 2-1 on the night; 4-2 on aggregate and the two tacticians had a lengthy chat after the game, which the Spaniard has shared details of.

“I congratulated him for La Liga,” Guardiola said. “I always said to win the league is the most difficult title because it shows 11 months being there,” he told The Mirror.

“We spoke about our families and I wished him all the best. He was one of my idols when I was a player. “I played against him in the national team with France and I suffered a lot,” he added.