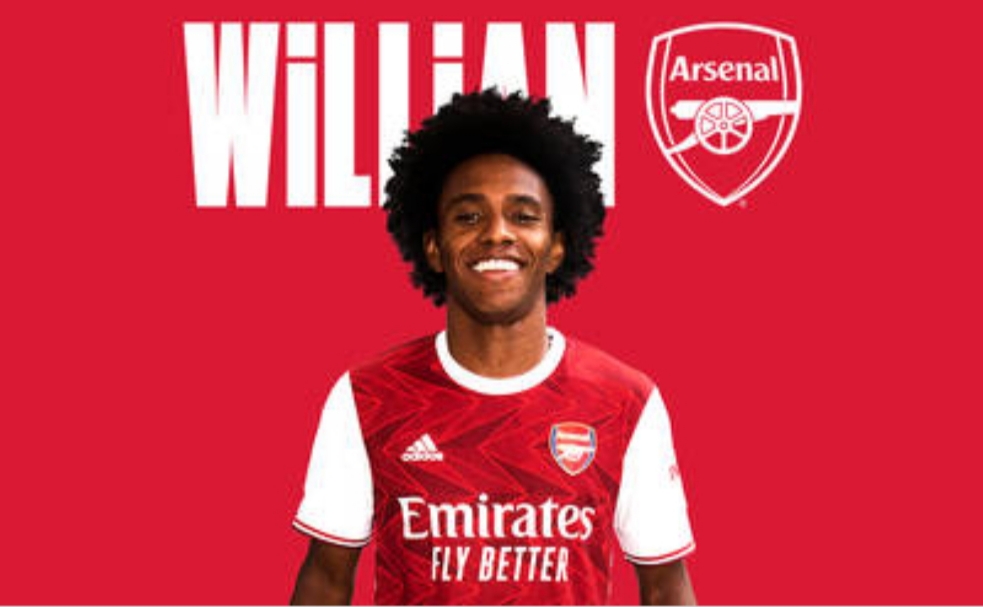 Brazilian forward Willian is officially an Arsenal player, the club has announced.

Willain joins the Gunners from London rivals Chelsea on a three-year deal and will the number 12 shirt.

“Brazil international Willian has signed a three-year deal to join us ahead of the 2020/21 season.

The 32-year-old forward has a wealth of experience and has made more than 600 club appearances in a career spanning 13 seasons,” reads a statement on the club’s website.