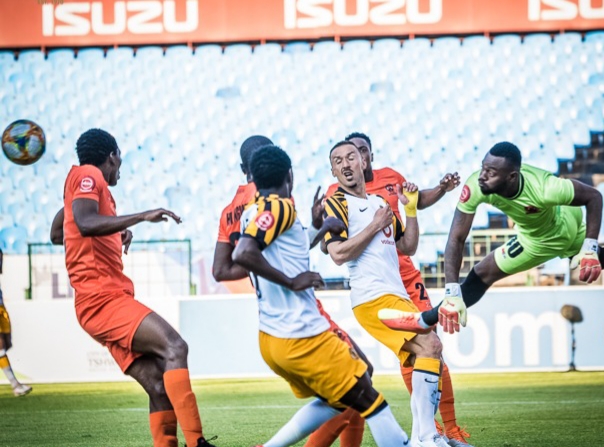 Zimbabwean midfielder Willard Katsande came from the bench to inspire log leaders Kaizer Chiefs to a dramatic 3-2 win over relegation-threatened Polokwane City in the ABSA Premiership on Saturday.

Katsande  was dropped to the bench for the clash, a decision which didn’t look to be the best as they were clearly exposed in the absence of the Zimbabwean midfielder.

Rise and Shine took a surprise lead in the 16th minute, Lesiba Nku chipping over Daniel Akpeyi to break the deadlock.

Few chances were created thereafter, with Nku’s goal the difference at the half time break.

Chiefs coach Ernst Middendorp made two changes at the beginning of the second half, bringing on Katsande and Kearyn Baccus for Yagan Sasman and Benard Parker but it was Rise and Shine who doubled their advantage in the 62nd minute through Jabu Maluleke as they looked to cause perhaps the biggest upset of the season.

Katsande restored hope for Amakhosi when he rose to head home in the 70th minute, the goal which marked the beggining of a remarkable come back.

The turn around was completed in the 72nd minute when Samir Nurkovic slotted home from close range, his 13th goal of the league campaign proving to be Chiefs’ winner.

As a result, Amakhosi opened a six point gap at the summit of the table.