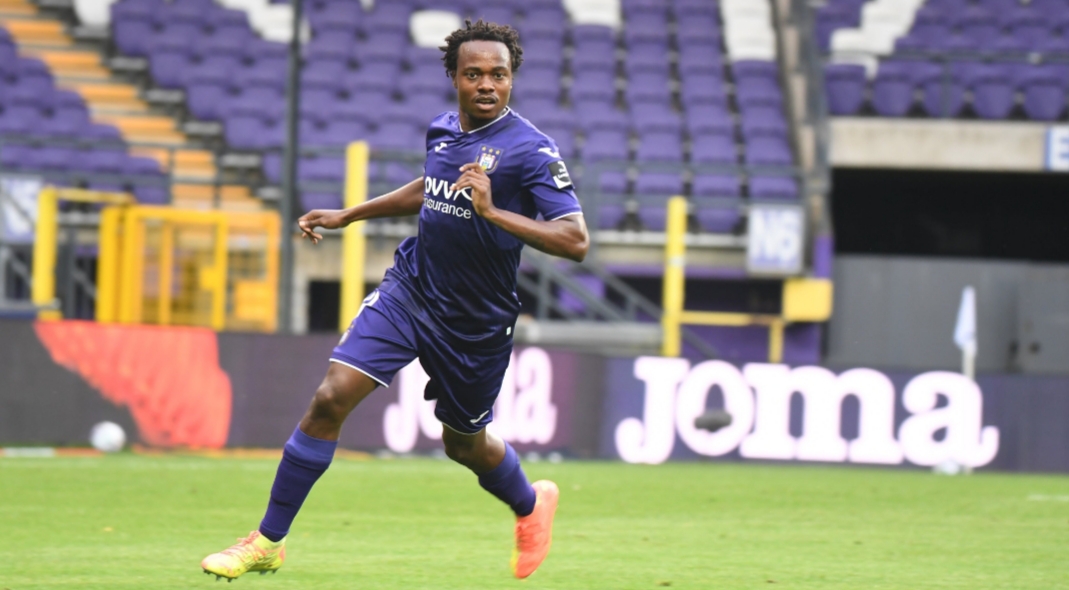 Bafana Bafana star Percy Tau scored on his Anderlecht debut in their 3-1 win over ten-man Sint Truiden in the Belgian League on Sunday.

The former Mamelodi Sundowns forward is on loan from English Premier League side Brighton and Hove Albion.

He netted Anderlecht’s third in stoppage time to get up and running on a high.

Anderlecht’s other goals came from Bogdan Mykhaylichenko and Landry Dimata.

Meanwhile, for Knowledge Musona’s KAS Eupen, the search for their first win of the season continues after they were thumped 0-4 by defending champions Club Brugge.

Musona started for Eupen in the behind the strikers role for the second game in succession.