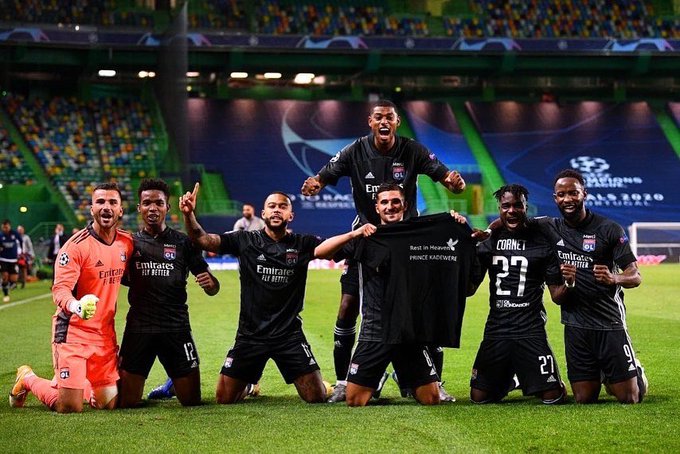 Tinotenda flew back to Zimbabwe for the funeral and was not present to cheer for his team when they progressed to the semifinal round of the Champions League after beating Manchester City 3-1 on Saturday. He is not taking part in the competition because he is not registered.

But the 24-year old was in the thoughts of his team-mates who paid their tribute before and during the Champions League match.

He said: “Tino, we keep you and your family in our prayers! #WalkInFaithNotBySight.”

Tino, we keep you and your family in our prayers! 🙏🏽💜 #WalkInFaithNotBySight

What a team work! A proud moment for the players, staff, president, Club, and supporters!!! Tonight’s victory shows that with dreaming and believing you can achieve things! Also dedicate this victory to Prince Kadewere! Rest in heaven 🙏🏽🕊 pic.twitter.com/NQdwuFrCyH

Dembélé, who scored a brace against Manchester City, dedicated the victory to Kadewere.

The striker said: “My brother Tino this victory is for you, be strong my brother!”