Nakamba ranked in Top 5 among Kante and Ndidi

Marvelous Nakamba has been ranked in the top-five list of ball-winning defensive midfielders in the Premier League.

According to statistics from the past season released by Breaking the Lines website, the 26-year old is only behind West Ham’s Declan Rice, Bournemouth’s Philip Billing, N’Golo Kante of Chelsea and Leicester City’s Wilfred Ndidi.

The report only listed the defensive midfielders who have at least played 1,500 minutes in the league this season. It took into account important skills for that position which include tackling and intercepting passes.

Nakamba made 29 league appearances and played 1,835 minutes in the campaign.

Here is the ranking of the defensive midfielders in EPL. 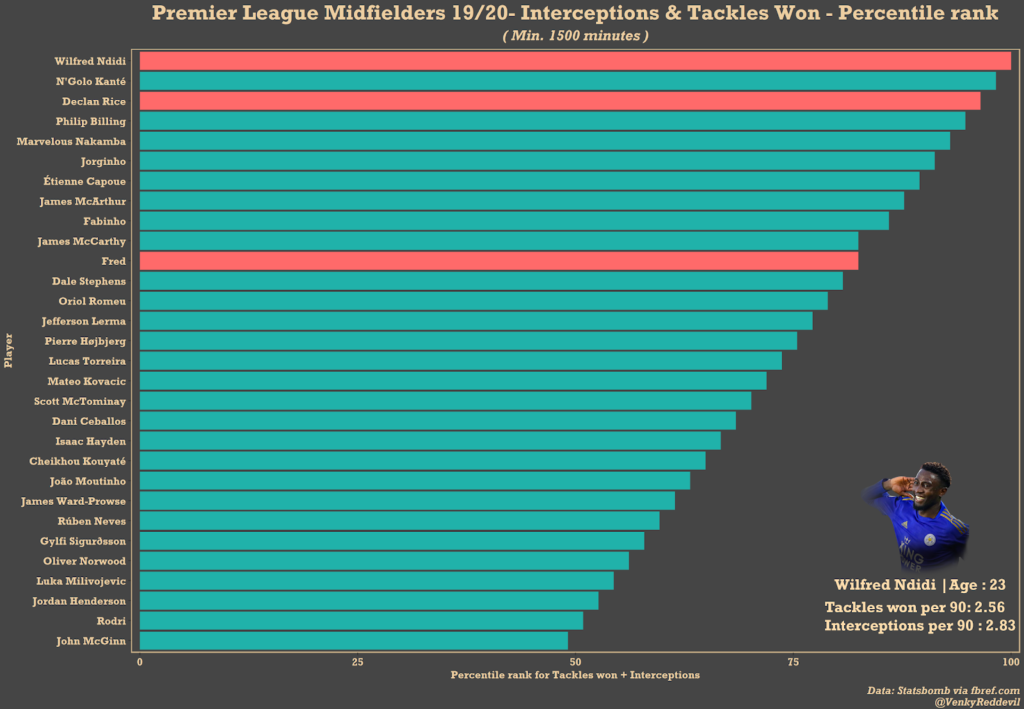