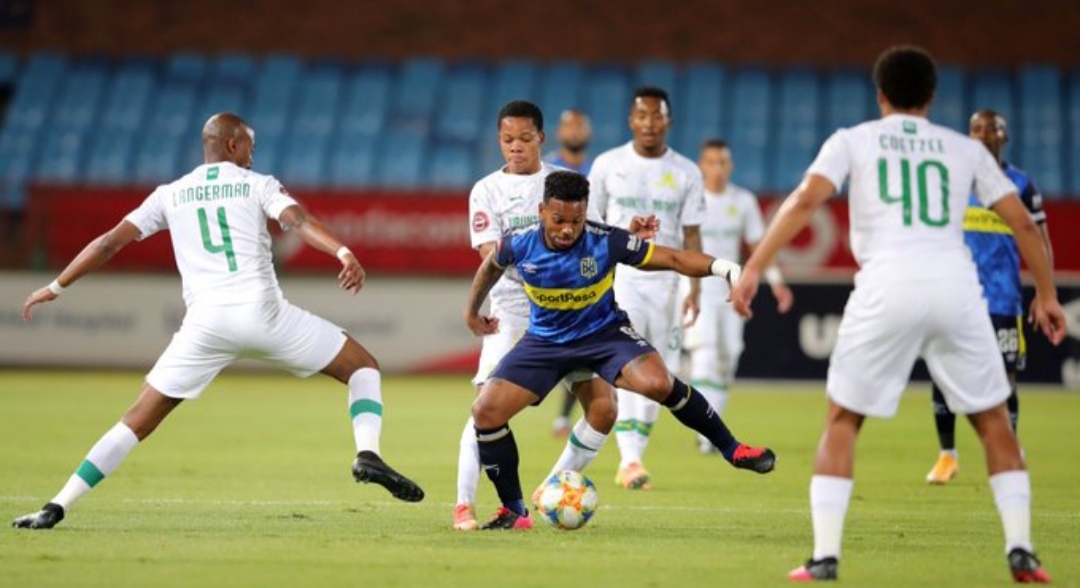 Defending champions Mamelodi Sundowns were stunned by Cape Town City 3-1 in the ABSA Premiership on Monday, a result which their fellow title contenders Kaizer Chiefs will be delighted with.

Heading into the encounter, Pitso Mosimane’s charges had not won a league game since the South African top-flight returned from the Covid-19 enforced break and needed maximum points against City to keep their title hopes alive.

Instead, they found themselves trailing 0-2 in the first half, courtesy of goals from Surprise and Kemit Erasmus.

They pulled on back through an own goal by Edmilson in first half stoppage time.

City extended their lead when Surprise got his double and City’s third just after the restart.

Masandawana tried to mount a come back and pulled one back to make it 3-2 through Keletso Makgalwa late on but City held on.

Kaizer Chiefs, who are six points clear at the summit of the table, can extend their lead to nine points should they beat Bloemfontein Celtic on Wednesday.