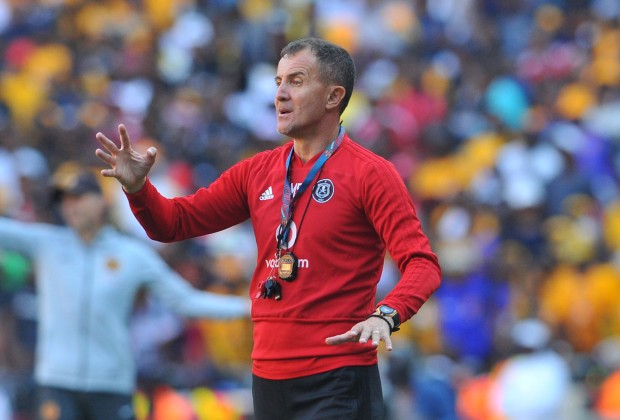 Zambia national team coach Milutin ‘Micho’ Sredojević has blasted his former employer, Orlando Pirates, for tolerating what he described as injustice towards foreigners at the club.

Speaking at a press conference on Thursday, the coach said Shonga’s predicament reflects the ‘sad truth’ foreign players go through at the club.

“During my two years at Orlando Pirates, Shonga and (Augustine) Mulenga were pillars of the team as we fought for the league (title).

“The moment I left, everything turned upside down, and I can assure that you can blame the players 99%, but there is still 1% of the aspect on how the team is set-up and unbelievable injustice towards (foreign) players like Shonga and Mulenga.”

Micho further explained it was not fair for the club to pardon Lorch alone when both players committed the offence together.

“Both of the players were suspended, but the club only retained Lorch to a competitive team, Shonga is still out.

“This is a cruel life of a foreigner in a country. With the highest degree of respect, I want to see South Africa in the best possible way, but it’s hard for professionals as they need to be more times better in order to succeed.”