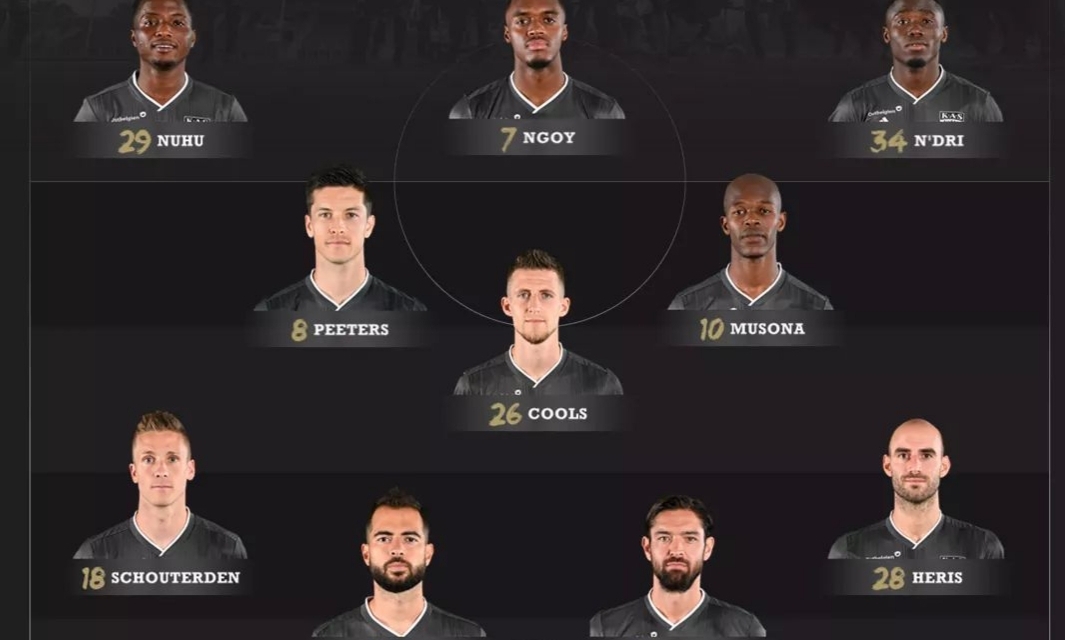 KAS Eupen coach Benat San Jose’s positioning of Knowledge Musona has come under the microscope, with fans openly advising him to reconsider it for the bettement of the team.

Goal-shy Eupen have scored only one goal in three matches since the 2020/21 Belgian League started and fired blanks again on Friday when they played out a dull goalless draw with Kortrijk.

San Jose has, since the current season roared into life, deployed Musona in an unfamiliar midfield role which he has never played in, in his entire career.

In the 4-3-3 system the Spaniard makes use of, Musona plays in midfield, behind the front three of Isaac Nuhu, Belgian Julien Ngoy and Ivorian Konan N’Dri.

Fans responded to the Eupen starting eleven on Facebook with some counsel to the coach regarding Musona’s possiton.

“If you want to score more goals and win reconsider Musona’s position, that guy is not a behind the striker type,” wrote one Proud Mhike.

“I’m not happy with Musona’s position behind the strikers though,he should be the one to lead the attack..Good luck Kortjik must fall,” noted Isaac Masendeke.

Isaac Masendeke he is so excellent, even behind the strikers….but I agree, he should lead the attack….but the coach…..” weighed in Leffin Renne.