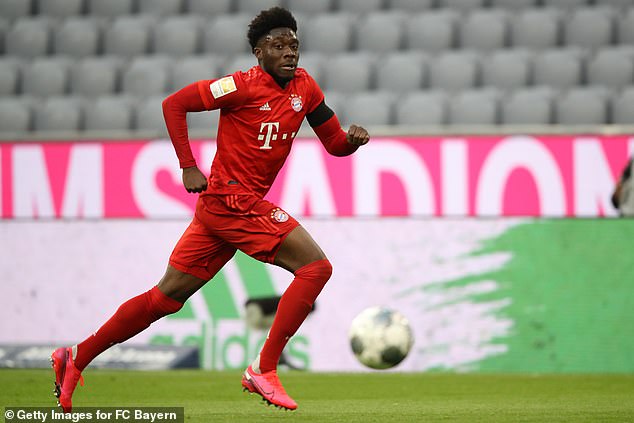 Alphonso Davies was born and raised in a refugee camp in Buduburam, Ghana where his parents were escaping war and poverty in Liberia.

Davies’ parents – Debeah and Victoria fled during the Second Liberian Civil War at the turn of the millennium. Life in the refugee was not rosy at all, and the footballer’s early years were marked by daily struggles and separation from the outside world.

His family moved to Canada when he was five and managed to established himself as a star in North America before taking Europe and the world by storm.

In an interview with Sky Sports, Davies’ father, Debeah, recalled how they fled their home in Liberia’s capital Monrovia because of war which killed over 300,00 people and displaced more than 450,000.

“If I look back, where we came from, a refugee camp with no food, no clothes, and now here we are today. I’m proud of him,” he said.

“It was safe in Ghana, but it was hard to live there. We were worried; people starve in the camp, not just in the war zone.

“For us, we can drink water and sleep. But Alphonso couldn’t make it. Every day we had to make sure we had something for him to make it in life.”

Victoria added they wanted to bring up their newborn in their home country, but it was a scary environment.

She said: “At home in Liberia, you had to cross over bodies to go and find food. It was very scary. The best thing was to get out.”

Now at 20 years old, Davies has lit up the Bundesliga and Champions League, with one of the world’s most decorated clubs, Bayern Munich.

He has become a key player in coach Hansi Flick’s squad, featuring over 40 times for the German giants this season.