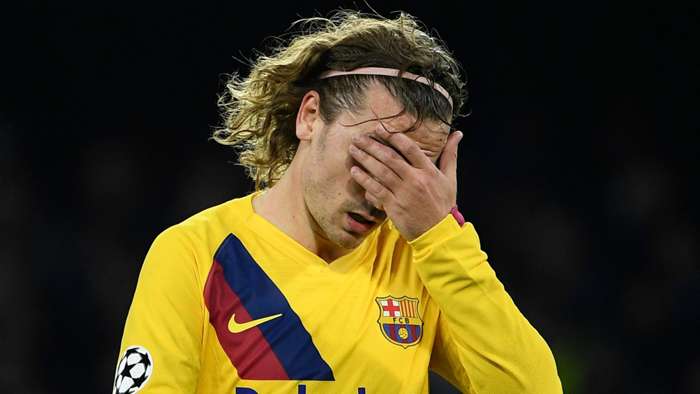 New Barcelona coach Ronald Koeman says he will use Antoine Griezmann in his ‘proper’ positions next season.

Griezmann was deployed to the wing instead of the central attack and failed to score more goals in his debut season at Nou Camp.

The same happened to Frenkie de Jong who was shifted from his position and struggled to make an offensive impact in the midfield.

Speaking to Dutch outlet NOS, Koeman said he is determined to ensure the pair is deployed properly.

“The plan is to start playing Frenkie de Jong in the position that he plays with the national team (Netherlands) as well.

“I remember attending a Barcelona game and I saw him play a position where I wouldn’t play him as a coach.

“You’ve spent a lot of money on a young player. You should then play him in his own position, where he can perform in a way you’d expect from him. He’s shown at Ajax and with the Dutch national team which position suits him best and that’s where he will be playing at Barcelona as well.

“The same goes for Antoine Griezmann. He is not a traditional winger, so you have to play him in his own position, in a role that suits him and where he can showcase his abilities.

“You have to know your players as a coach and ensure you get the best out of them.”