OPINION: Time for Billiat to Khama to the party 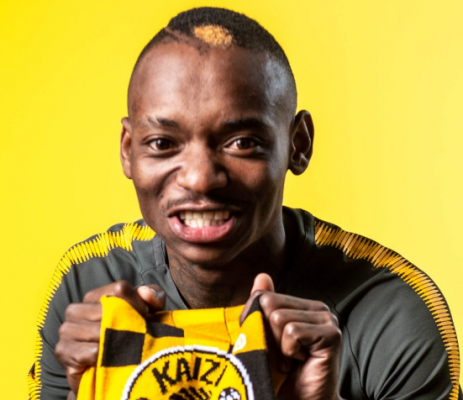 Khama Billiat’s performance in the gold and black strip of Kaizer Chiefs has, admittedly, not been the same as that of his days at Mamelodi Sundowns.

The Zimbabwean winger, for an interplay of several reasons, some of which are beyond his control, has not blossomed at Naturena like he did at  Chloorkop, particularly in the 2019/20 campaign.

It has often been suggested that the pint-sized winger’s failure to deliver can be explained better if we are to take Ernst Middendorp’s style of play into account, though that is a debate for another day.

While that debate can go on until the cows come home, what is not up for discussion is that he has scored only one goal this season.

The bottom line is; he hasn’t come to the party at Chiefs.

Maybe there wasn’t any party to come to, considering the ‘let’s hoof the ball into the box and look for a header’ type of play the Soweto giants have now been accustomed to under the German ‘tactician.’

Kaizer Chiefs were sitting-comfortably at the summit of the table six points ahead of Sundowns until yesterday, when Themba Zwane’s stoppage time winner propelled the Brazilians to a slender but crucial victory over Golden Arrows.

That result changed the complexion of the title race as Masandawana now trail the log leaders by only three points ahead of the two sides’ mouth-watering clash on Thursday.

Unfortunately for Amakhosi, top-scorer Samir Nurkovic, whose 13 goals have been instrumental in Chiefs’ title charge, has been ruled out of the potential title-decider.

The task of ensuring that Chiefs’ very long stay at the top of the table is not in vain, lies in the hands of Billiat.

Whether or not the type of play suits him, this is the Warriors star’s biggest opportunity to silence his critics and prove that his brilliant displays for Zimbabwe despite struggling at Chiefs, were not a fluke.

Should Billiat deliver against his former side, whose coach finds the every turning on of a microphone as an opportunity to brag about the player’s moulding,  all his below-par performances will not only be forgiven but also forgotten.

The hard to please Amakhosi fans have not tasted league success since the 2014/15 season and if their prized asset plays a big role in silencing their biggest critic Pitso Mosimane, he (Billiat) would have pacified them.

There is only one catch-22 to Billiat delivering for Chiefs against Sundowns though; the Amakhosi fans might contemplate defying Covid-19 guidelines and take to the streets in celebration- that’s just how they crave for such a scenario.

It’s time for Billiat to come to the party!