Ronaldinho released from detention in Paraguay 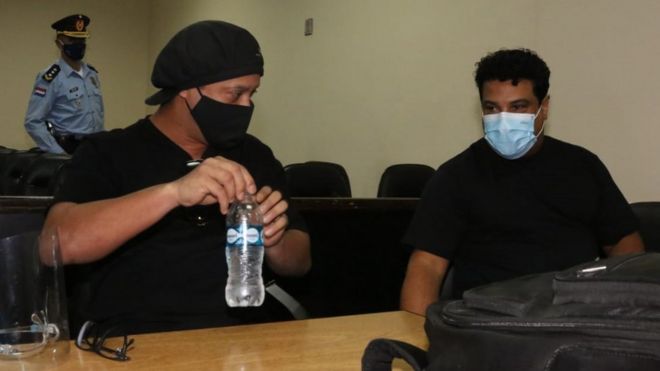 Brazilian football legend Ronaldinho is now free to return to Brazil after he was released from house arrest in Paraguay on Monday.

The 40-year old was arrested along with his brother, Roberto Assis (who is also his business manager), in March for trying to enter the South American country using a fake passport.

They spent a month behind bars before paying a $1.6 million bail each to get under house arrest at the plush Palmaroga Hotel in Asuncion.

“The precautionary measure of arrest is lifted, there are no more restrictions placed by Paraguayan justice,” Judge Gustavo Amarilla told the court on Monday.

The judge also ruled that Assis will now have a criminal record in Paraguay, Ronaldinho will not.