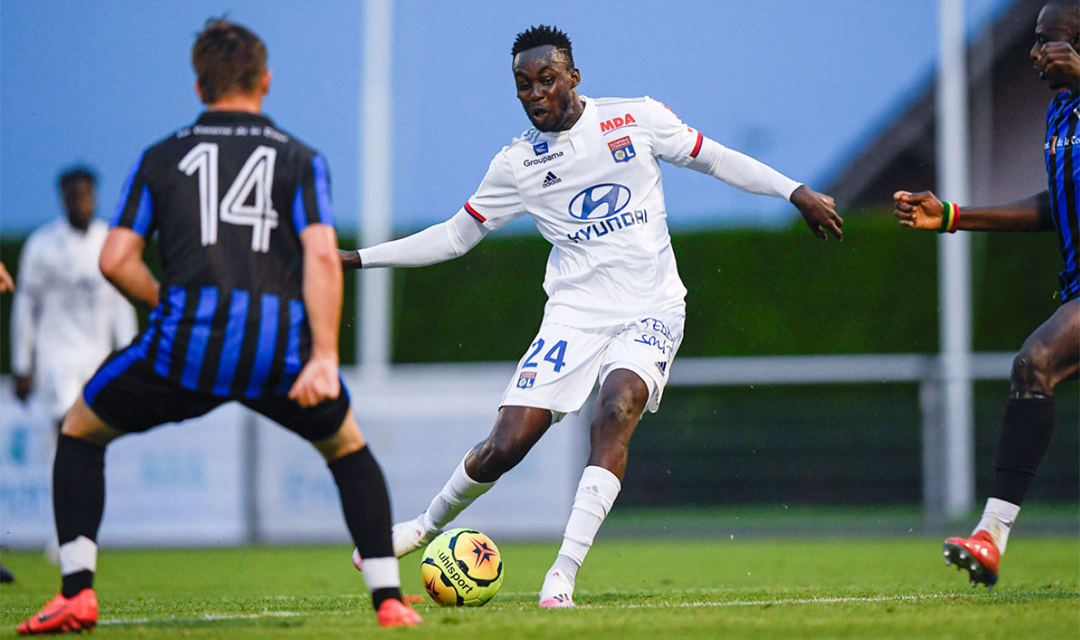 Tinotenda Kadewere will have to wait again for his competitive debut at Lyon after he was ruled out of the team’s Ligue 1 season opener against Dijon on Friday.

The Zimbabwean striker joined the French top-flight side in July from Ligue 2 club Le Havre who sold him in January and took him back on loan to finish the 2019/20 campaign.

He played in some friendlies for Les Gones and was drafted in the squad for the fixture against PSG in the French League Cup final last month. However, he was not selected to play, meaning his competitive debut was now set to happen when the 2020/21 season kicks off.

But following the death of his brother – Prince – this month, Kadewere is, again, not available to play as he still on compassionate leave.

This was confirmed by Lyon coach Rudi Garcia during Wednesday’s press conference ahead of the Dijon clash.

He said: “Rafael is suspended after his dismissal in the Coupe de la Ligue final. Tino Kadewere is also unavailable for personal reasons.”

Kadewere is now expected to return to the squad for the league match against Bordeaux on September 11 after the international break.