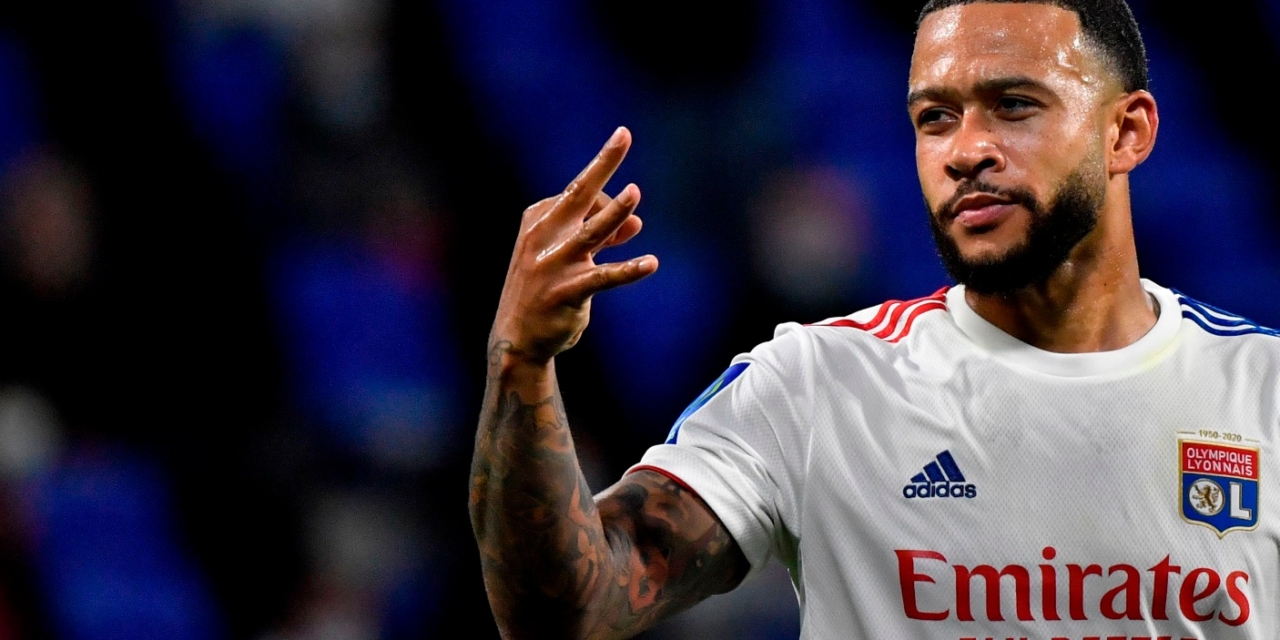 Memphis Depay’s first Ligue 1 hat-trick since 2018 propelled Olympique Lyon to a comprehensive 4-1 win over Dijon in their season opener on Friday.

The Dutchman, who is reportedly topping newly-appointed Barcelona coach Ronald Koeman’s wish list, restored parity for Les Gones from the penalty spot in the 39th minute after Aurélien Scheidler had given Dijon a shock early lead.

Depay also showed great skills qa minute before half time as he eventually forced Dijon defender Wesley Luatoa to beat his own goalkeeper to give Lyon a 2-1 lead.

Barely a minute later, the former Manchester United man got his brace and Rudi Garcia’s men were in complete control with a 3-1 lead at the interval.

Moussa Dembele should have made it four just after the restart but blazed his effort over the cross bar.

Another penalty was awarded to Lyon in the 65th minute and Depay made no mistake from 12 yards to make it 4-1.

“I’m really happy to have scored three goals today. It wasn’t the best game I’ve played but we start the season with three points, and that’s the most important thing,” Depay said after the game.