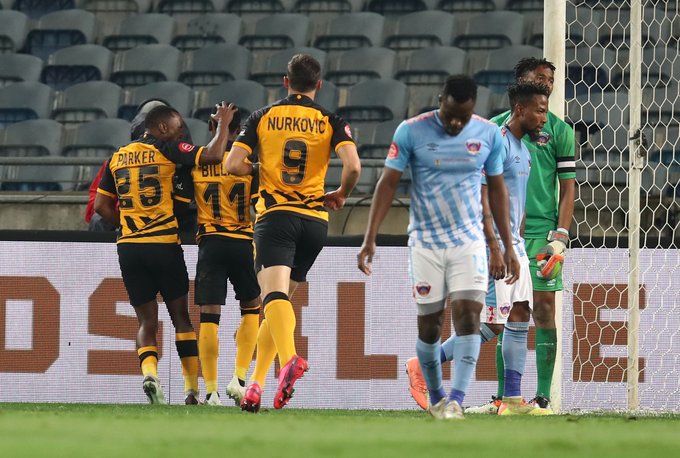 Log leaders Kaizer Chiefs are one win away from their first ABSA Premiership title since 2015 after Khama Billiat’s solitary strike propelled them to a 1-0 victory over nine-man Chippa United at the Orlando Stadium on Wednesday.

The Zimbabwe international, who has come under scrutiny for his performance for Amakhosi in recent weeks, ended his 12-month goal drought when he poked home the opener with nine minutes played in the first half.

Billiat perhaps should have doubled Chiefs’ advantage in the 20th minute when he robbed the ball close to the box but was shouldered before he could pull the trigger.

The Chilli Boys nearly restored parity in first half stopage time when a goal-bound header was cleared off the line by Daniel Cardoso. 1-0 at the interval.

The first clear opportunity in the second half came in the 65th minute when a clear-on-goal Billiat was cynically-fouled by Chippa’s Tercious Malepe, who got a straight red card as a result.

Ernst Middendorp’s side held on a for a crucial win which keeps them top of the table on goal difference ahead of second-placed Mamelodi Sundowns, who beat Polokwane City 3-0.