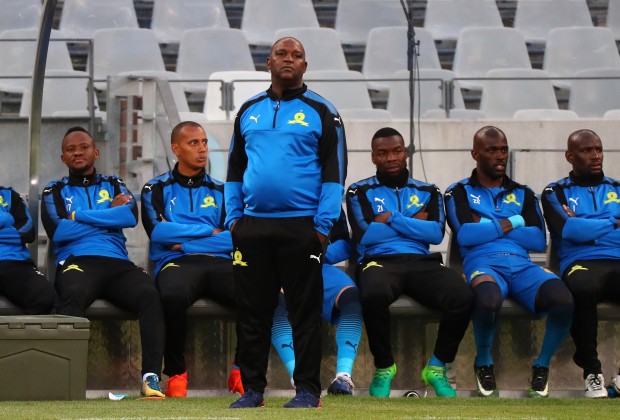 Kaizer Chiefs failed to hold on their grip on the league crown as it slipped out of their hand on the final day of the Absa Premiership 2019/20 season following their 1-1 draw against Baroka on Saturday.

Amakhosi went into the match leading the table, needing a victory, coupled with a favourable result from the Mamelodi Sundowns – Black Leopards tie, to win the league for the first time since the 2014/15 campaign.

But the draw saw them dropping and finished the term in second place with Sundowns jumping in first, thanks to a hat-trick from Lebohand Maboe which saw Pitso Mosimane’s charges beat Black Leopards 3-0.

The result put Sundowns on 59 points, two points in front of Chiefs.

Chiefs’ Zimbabwean duo of Khama Billiat and Willard Katsande featured in the game with the former scoring the opener in the 39th minute.

Billiat netted inside the box after beating his markers.

His goal, however, failed to take Chiefs to the title glory as it was cancelled out by Manuel Kambala on the hour. 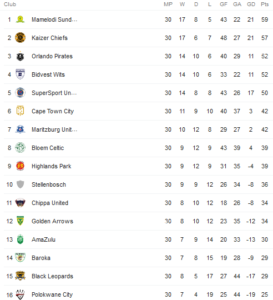