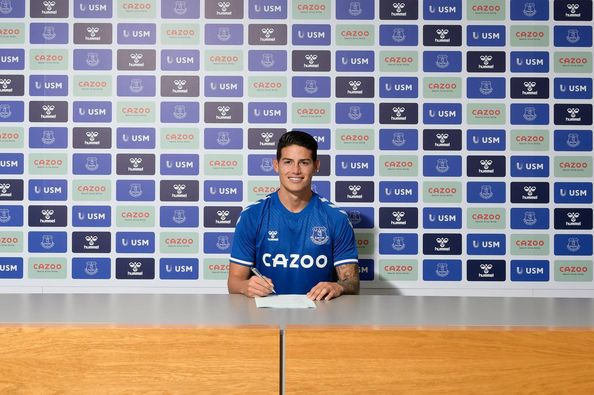 The 29-year-old inked a 2-year deal which has an extension option and reunites with manager Carlo Ancelotti, whom he previously worked with at Real and Bayern Munich.

‘I’m looking forward to achieving great things here – and winning things, which is what everyone’s aim is. I’ve come here to try to improve, to get better. I’ve also come here to help the team to win, to play good football – entertaining football,’ he said at his presentation.

James burst onto the scene when he had a brilliant World Cup 2014 with Colombian- winning both the Golden Boot and Goal of the Tournament before being snapped by Los Blancos.

He had two good seasons in the Spanish capital before current coach Zinedine Zidane took over and was then loaned to Bayern for two campaigns before returning and rarely featured for Real in the just ended season.