Former Chelsea striker Didier Drogba might have made the day of Zimbabwean fans on social media after his big compliment for the legendary Peter Ndlovu.

Ndlovu, arguably the greatest Warriors of all time, became the first African player to grace the new English Premier League when he made the historic move from Highlanders to Coventry City in 1992.

An african football publication Reveal Footy, reminded fans on microblogging siteTwitter of Ndlovu’s landmark move then Drogba retweeted the post with the word “Pioneer” referring to the former Warriors skipper. 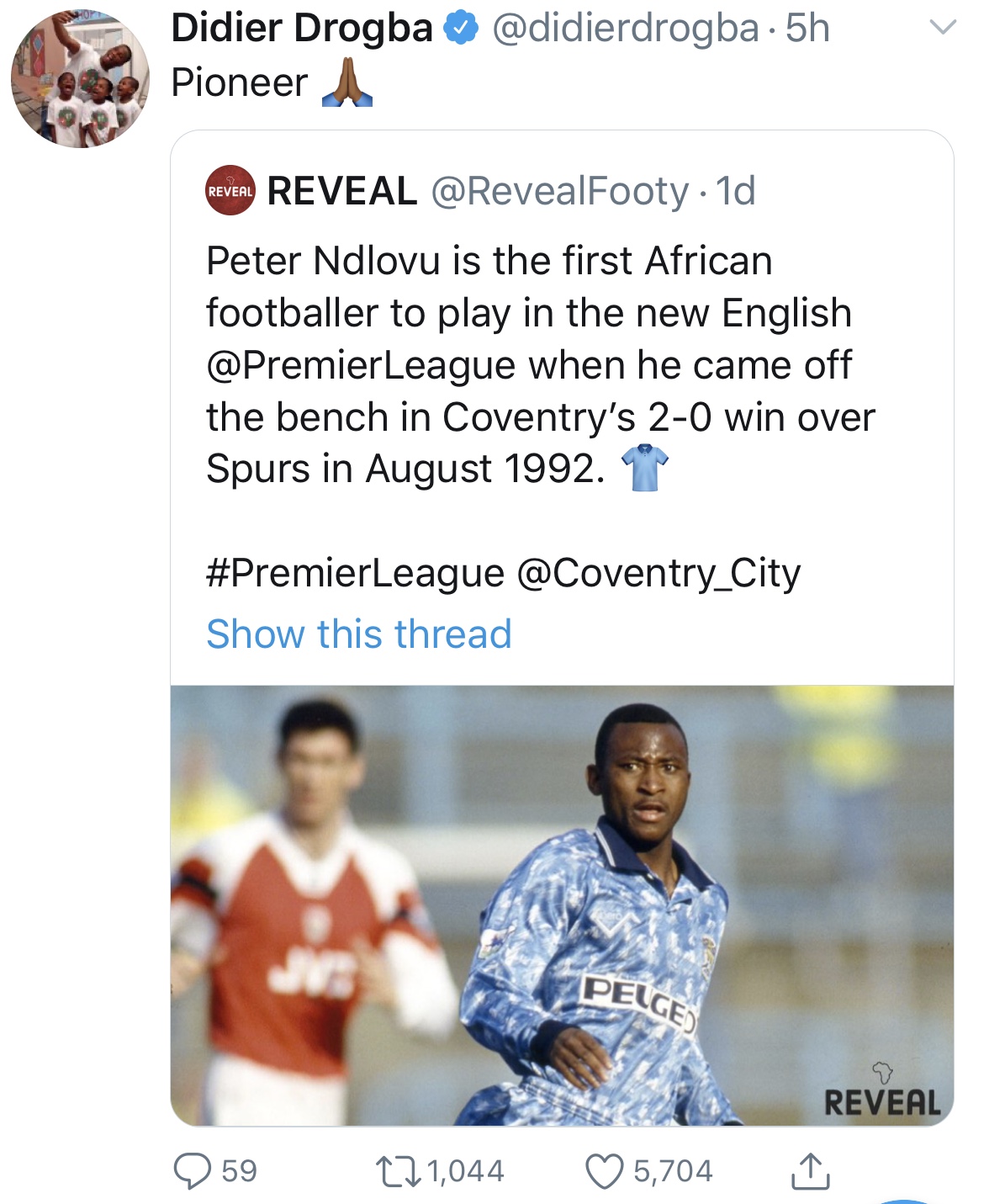