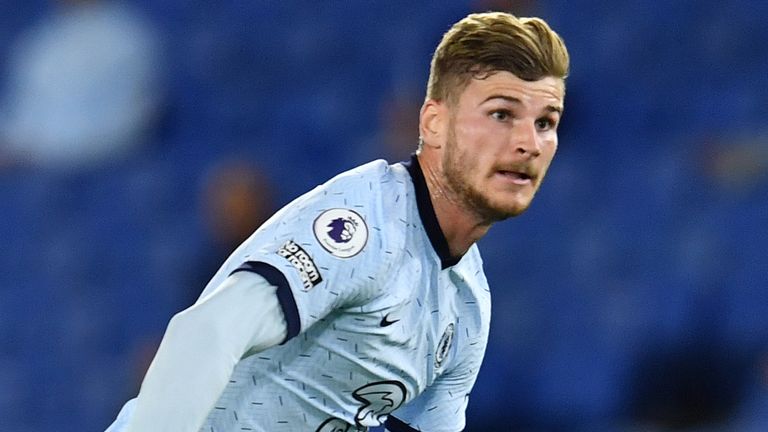 Chelsea coach Frank Lampard says he is confident Timo Werner will be available for the English Premier League clash against champions Liverpool on Sunday.

The Blues’ new signing picked up a knock in their league opener against Brighton on Monday.

Speaking after the game, Lampard said: “He took a knock when he won the penalty which we hope is a dead leg.

“I would like to think if it is that we have a bit of time to get him back (for the Liverpool game). I was really pleased with Timo. I know the qualities he’s going to bring, we saw that with the speed to get the penalty. He’s going to be a real threat.”

The match will be played at Stamford Bridge. Kick-off is at 5:30 pm.