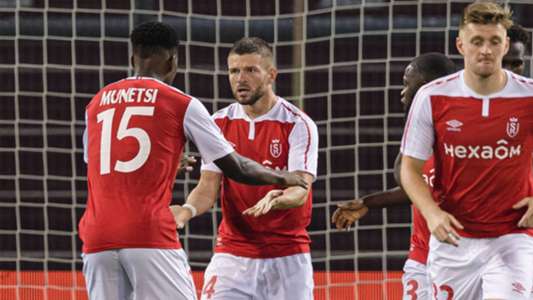 Marshall Munetsi made his Europa debut on Thursday, playing the entire ninety minutes of the 1-0 win at Swiss side Servette FC.

The Zimbabwean was deployed as a centre-back in the match, with the coach pairing him up with Belgian defender Wout Faes for the first time this season.

In the team’s previous match, Munetsi, who usually plays as a midfielder, was taken to the back and played alongside Dario Maresic in central defence but there was no coordination between the two.

Great performance by the team 🛑@StadeDeReims 🤍 we shift our focus back to the league #GodIsGreat @KeySportsMGMT pic.twitter.com/xVzphzYApf

His performance on Thursday, however, improved as he got a rating of 6/10.

Meanwhile, the result puts Reims into the third qualifying round where they will play Fehérvár of Hungary next Thursday.