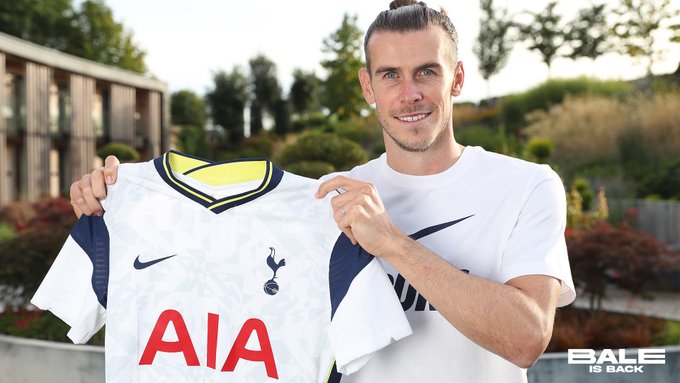 Tottenham Hotspur have announced that Gareth Bale has joined them.

The  Welshman returns to the North London club seven years after leaving them for Real Madrid, for a then world record fee of  €100 million.

He joins them for a season long loan.

“We are delighted to announce the return of @GarethBale11 to the Club on a season-long loan from Real Madrid!,” announced the club on  their Twitter page.

The 31-year-old was one of the most sought-after players in world football prior to his move to the Spanish capital, where he won four Champions League and two LaLiga titles scoring 105 goals but his frosty relationship with current coach Zinedine Zidane prompted the move.