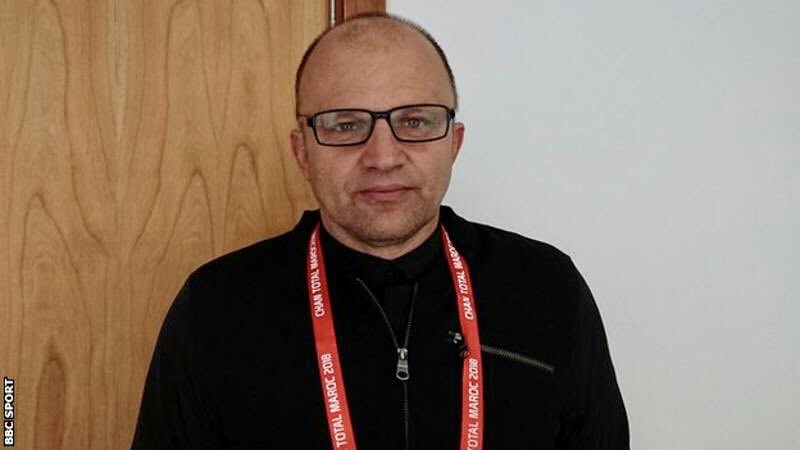 The general consensus is that the football family cannot wait to have a glimpse of the Warriors under coach Zdravko Logarušić.

It appears the feeling is mutual; the Croat too cannot wait to be in charge of the country’s senior men’s national soccer team.

He has not overseen of a single competitive Warriors game since his appointment in January owing to the Covid -19 pandemic, which has also seen him holed up in his native Croatia but itching to return to work once the authorities here give the go-ahead for football to resume.

We caught up with the upbeat tactician, who showed vast knowledge of how Warriors stars abroad are faring, via a telephone interview from his base in the South-East Europe country and here are some of the excerpts from the chat, on selected issues:

WHEN HE IS EXPECTING TO RETURN TO ZIMBABWE:

“I was supposed to have returned to Zimbabwe in August but I’m just waiting for the government to give green light for sport in the country to resume. My suitcases are ready, I’m always ready (laughs). In the mean time I’m here and using my time to follow our players in various countries; Belgium, England, France and even in South Africa. But of course, I miss Zimbabwe (laughs).”

FRIENDLIES AHEAD OF THE UPCOMING ALGERIA GAMES SLATED FOR NOVEMBER:

“Well I can’t say much in that regard, it’s obviously the job of those at the office (ZIFA House). It’s not really up to me to be saying there are going to be friendly matches or not. I know that there are countries who have approached the association seeking friendly games with us. It will be super important for us to have friendlies so that we adequately prepare for Algeria, lets see if there can be any.”

“I watched him over the weekend, they drew the game and also the coach there now plays him in a different position (central midfield). What’s more important is that he scored his first goal in like over a year, which is good for him and his confidence. Musona is 30 if I’m not mistaken, he can play as a center forward, or behind the strikers or any other position depending on how we setup the team. For now, him scoring after a very long time is what’s important.”

“I also follow him regularly, they gave his jersey number to the new signing. Sometimes he starts sometimes he doesn’t. The coach there decided to keep him at the club for a good reason. I can assure you, he is a phenomenal player that one.  If he wasn’t good, he wouldn’t be Aston Villa in the first place.”

“The last few games of theirs I followed, he wasn’t getting much in terms of supply. He is the kind of strikers who thrives of getting enough supply. But the most important thing is that he really needs to be patient there, his time will come.”

“I think the media writes about him too much, nothing he does goes unwritten, even his lifestyle, which is more or less expected as a he is a public figure but I believe too much of him is said by the press. He scored two very important goals in the last two games despite them not winning the league title. I also read that they have a new coach, lets see what happens going forward.”

WHAT IS HIS STYLE OF PLAY AND WHAT CAN BE EXPECTED OF THE WARRIORS?

“It all depends on the players we have at our disposal, Zimbabwe has very talented players I can tell you. But due to this Covid-19 thing, we are not guaranteed having all the players we need when we need them. You never know, we can wake up hearing that the virus (Covid-19) has hit Aston Villa or Olympique Lyon, meaning our key players there won’t be available for selection, which might obviously affect our planning. But with the kind of players we have, we won’t play defensive football that’s for sure.”

We need to be united. From the federation (ZIFA), to the technical team, the players, the media and the supporters. We all need each other to be able to achieve our goal.