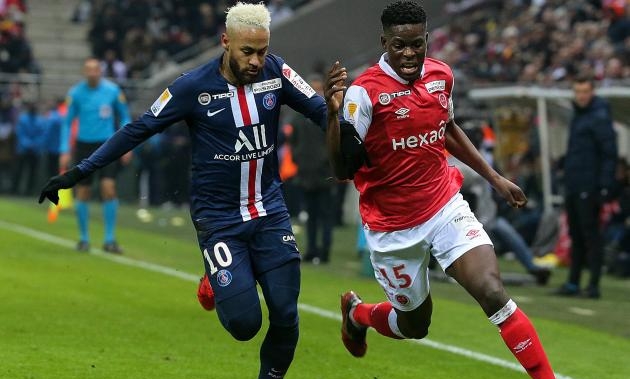 Marshall Munetsi will not take part in Stade de Reims’ next match in Ligue 1, against PSG, on Sunday but is expected to return in the following encounter.

The 24-year old received a red card in the 2-1 defeat at Metz and will be serving his suspension in the competition. This would be his first time to miss a game this season after he appeared in all of the team’s five matches thus far.

The midfielder is expected to return for selection against Rennes after the League put aside the other match in his suspension since it was his first expulsion of the season.

“Expelled in the match against Metz, Marshall Munetsi receives a two-game suspension, one of which is suspended. He will therefore be back for the trip to Rennais on 04 October,” the club confirmed the developments in a statement.

Meanwhile, Munetsi is part of the Reims squad that travelled to Hungary for the Europa third round qualifier against Fehervar on Thursday evening.

The Zimbabwean played the entire minutes as a centre-back in the team’s second-round victory at Servette last week. The encounter marked his debut in the tournament, having arrived in Europe in 2019.