Does Musona have a point to prove to Anderlecht? 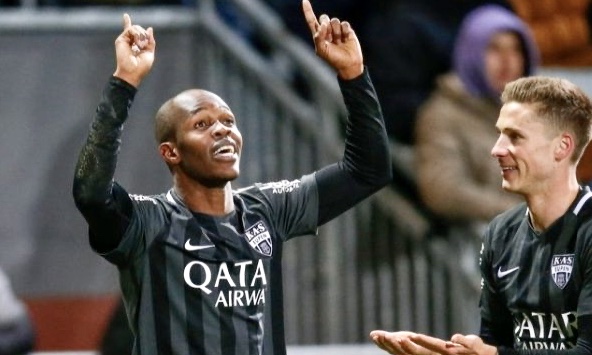 Knowledge Musona underwent one of the most appalling phases on his football career at Belgian side Anderlecht.

Three different coaches cast a blind eye at him and was frozen out of the first team for nearly a year, a setback which unbelievably, was used as an excuse by some to assert that Musona was no longer good enough to be drafted into the Warriors fold.

His loan move to KAS Eupen last season resuscitated his career though.

The irony in all this is that Musona needed just 10 minutes to score in his Eupen debut, in a competition in which he was deemed as not good enough to even start on the bench at Anderlecht.

The ‘Smiling Assassin’ is now a regular in the Benat San Jose-coached side operating in midfield, something which Warriors coach Zdravko Logarušić thinks is a sign of versatility.

Of interest is the fact that all indications point to Musona being eligible to face his parent side when the two teams clash in a league match on Sunday.

Due to contractual stipulations, the Warriors skipper did not take part when Eupen were dismantled by Anderlecht last season, but reports in Belgium indicate that this time he will play because it was part of the clause in the loan extension contract.

Does he have a point to prove to Anderlecht?