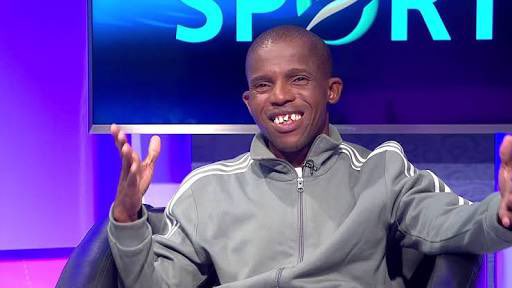 The outspoken former player analyses football and provided well-articulated responses to questions regarding the manner in which Kaizer Chiefs played under the sacked Ernst Middendorp, especially in the bubble.

He also features on Robert Marawa’s Marawa Sports Show and has now said he was threatened after an analysis he gave on the celebrated broadcaster’s show.

“I was very upset yesterday (Monday) after I received a call on my way to work with Robert Marawa from a guy who identified himself as Thato who just started threatening me. He told me that I should stop talking bad about Chiefs or they (the caller and his people) will kill me. He said they will hunt me for 24 hours and will kidnap me if I continue. I was shocked! All I can say is that I respect him like everyone, but I am not scared. I will pray for him,” he told South African publication Soccer Laduma.

“I am not going to sit back and watch while someone has made such threats, I will open a case with the police, and I am getting a legal advice from my lawyers. I asked the guy on the phone what exactly was he talking about when he said I spoke bad about Chiefs, because I didn’t know what he was referring to. All I said (about Chiefs) was that they wouldn’t win the league with the way they were playing, and they didn’t,” added Khanye.