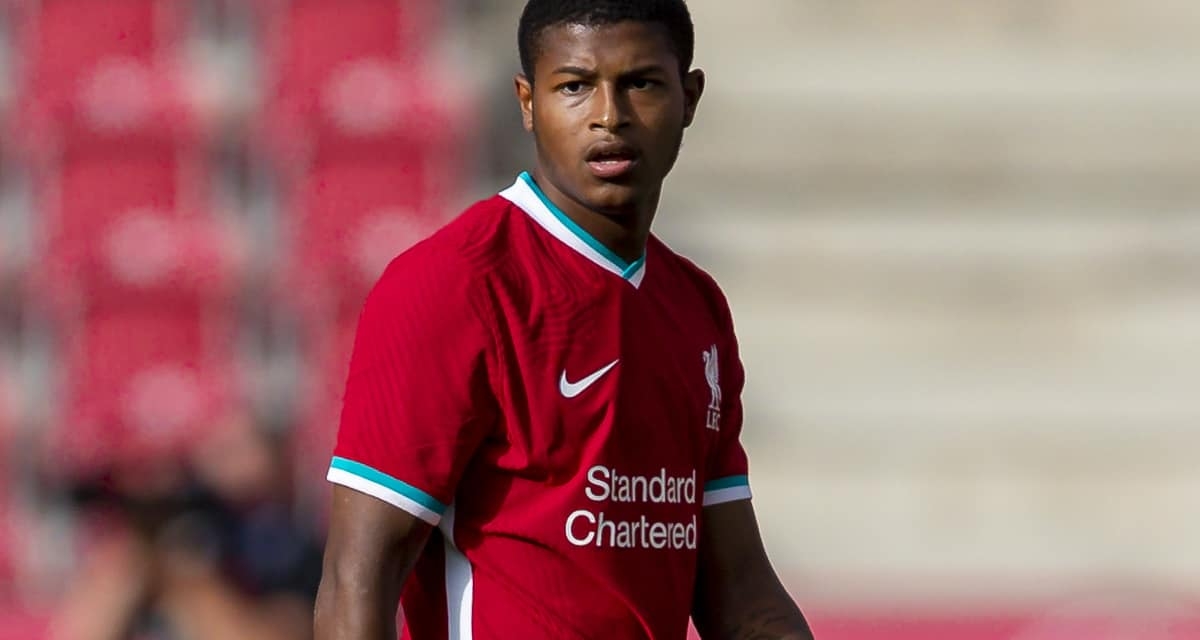 Liverpool have confirmed the exit of Rhian Brewster who is joining Sheffield United on a permanent deal.

A statement by the Reds confirmed the news.

Rhian Brewster has completed a deal to join Sheffield United on a permanent transfer, Liverpool Football Club can confirm.

The 20-year-old departs the Reds after five years with the club, during which time he progressed through the ranks of the Academy.

Brewster made four appearances for the senior team, with his debut coming in a League Cup tie at MK Dons in September 2019.

He also claimed winner’s medals for the Champions League and UEFA Super Cup having been on the bench for each of the respective finals.

On the international stage, Brewster clinched the FIFA U17 World Cup with England in 2017, also winning the Golden Boot for finishing as the tournament’s top scorer.

He stepped up to the Three Lions’ U21 squad in 2019 – and enjoyed a productive loan spell with Swansea City in the second half of last season, with 11 goals in 22 appearances for the Championship side.

Everybody at Liverpool Football Club would like to wish Rhian all the very best for his future career.