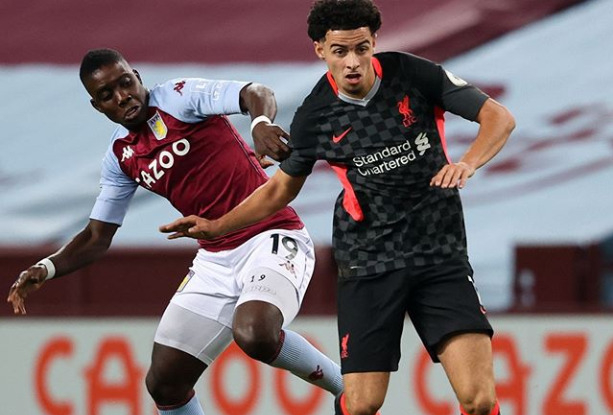 Marvelous Nakamba came on in the second half as impressive Aston Villa’s unbeaten run in the 2020/21 Premier League season continued with a 7-2 drubbing of champions Liverpool at Villa Park.

Record signing Ollie Watkins showed why the Midlands side spent big on him with a first half treble which saw Dean Smith’s men race to a 4-1 lead at the half time interval, the other goal scored by John McGinn while Mohamed Salah pulled one back for the Reds.

Villa continued from where they left off after the restart, new acquisition Ross Barkley getting in among the goals, hist first in a Villa shirt before captain Jack Grealish compounded Liverpool’s misery with a brace late on.

Villa are still to taste defeat in the Premier League this season.