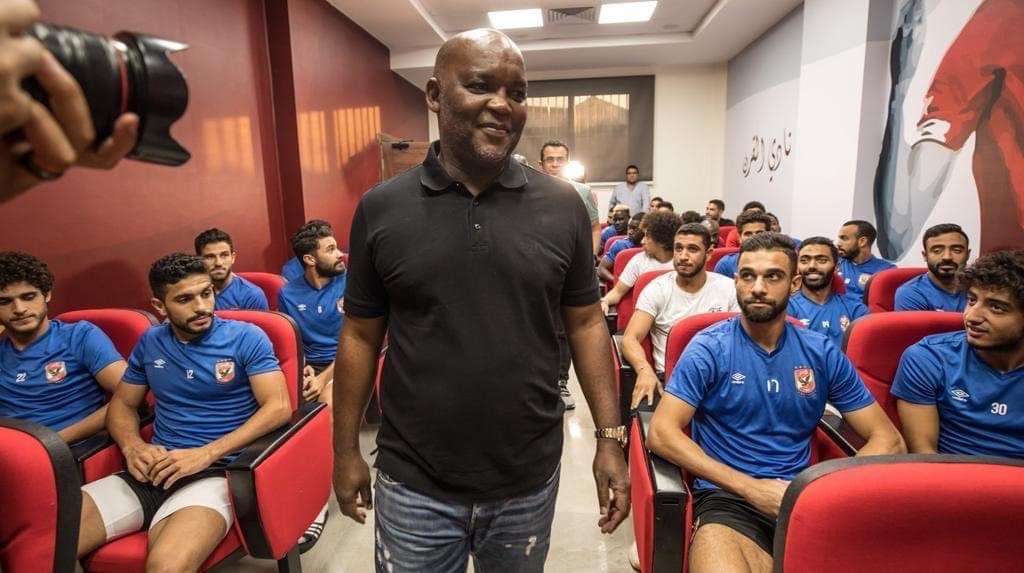 Pitso Mosimane’s attitude towards foreign coaches in South Africa was was not only well-documented, it was also well-resented.

The outspoken coach developed a reputation for having some sort of a negative viewpoint when it came to foreign coaches in the South African top-flight, except for Kaitano Tembo.

The jibe he threw at Zimbabwean coach Norman Mapeza during his time at Chippa United portrayed a clear picture of how he views foreign  coaches in the Mzansi top-flight.

Mosimane insinuated that “nothing had changed” at the Chilli Boys after Mapeza’s appointment yet in actual fact, the former Warriors captain was steadying the ship at the Port Elizabeth-side, to the effect that even the hard-to-please chairman Siviwe Mpengesi showered him with praise.

The interpretation of Mosimane’s standpoint is that local coaches in South Africa are not given enough credit and trust because of the club’s preference for foreign tacticians.

Contrary to his previous point of view, Mosimane did not hesitate to accept the Al Ahly offer, using the cut-and-dried “I need a new challenge” excuse to leave a club he has been coaching for the past eight years.

South African football legend Jomo Sono, another outspoken individual, did not take long to remind Mosimane that he is now what he used to criticise; a foreign coach.

“Mr no Foreign coach, he’s now a foreign coach in Egypt. He used to tell people that club owner must hire local coaches not foreign ones but look at him now, he is a foreign coach,” Sono said according numerous publications across the Limpopo.

While Pitso is the most decorated coach in South Africa, the biggest disappointment is that when it came to the issue of foreign coaches, he confused preference for prejudice.

Has Mosimane’s move to Egypt exposed his “double standards”?