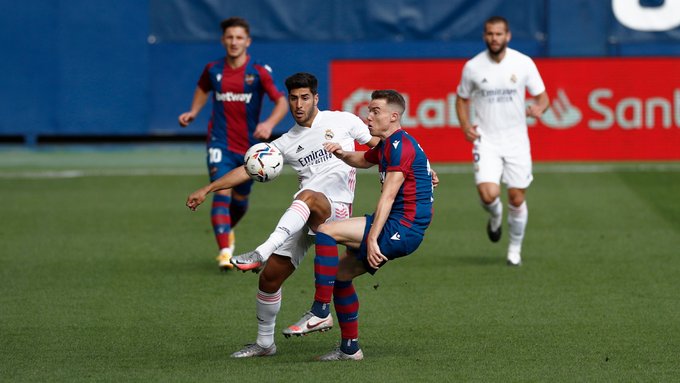 Zinedine Zidane’s charges got maximum points thanks goals on either side of the break from Vinicius and Karima Benzema.

The Brazilian thrust Los Blancos in front in early in the first half with a well-taken curling effort from a Luka Modric corner.

Levante tried to come back into the game after falling behind and Madrid had man-of-the-match, goalkeeper Thibaut Courtois to thank on several occasions even in the second half.

Benzema would make sure the points go Madrid’s way deep into second half stoppage time, their third win of the season.