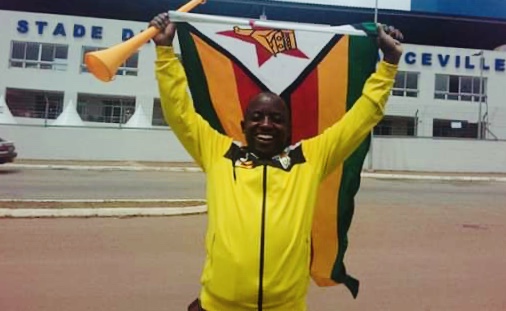 Warriors cheerleader Chris ‘Romario’ Musekiwa has urged the players to put behind their dramatic preparations for the Malawi game and focus on the getting the win.

Zdravko Logarušić’s troops go into battle against the Flames in Blantyre today but preparations for the Croatian coach’s first assignment in charge of the country’s senior men’s national soccer team have been marred by chaos regarding players selection and travelling arrangements.

The team finally flew to Malawi yesterday afternoon and Romario urged fellow supporters to get behind the team as they look to extinguish the Flames in their own territory.

“I urge the entire nation to solidly rally behind our gallant Warriors as they take on Malawi in this crucial friendly,” he told Soccer24.

“To the boys, we believe in you guys. Go out there and enjoy yourselves, we are convinced you will give everything in this match to boost morale ahead of the more important AFCON  clashes against Algeria.”

Romario also said the inclusion of locally-based players for the trip, who have not been active in football due to the local league by halted by the Covid-19 pandemic, might actually be a silver lining.

“Everything happens for a reason, the local based players have been given an opportunity to showcase their talents in this match. Its my suggestion to ZIFA if possible they arrange another friendly match with a North African team who plays same style as Algeria our next opponents,” he explained.

Zimbabwe take on the Desert Foxes in two explosive back to back AFCON qualifiers next month and Musekiwa called for adequate preparation, starting with today’s game in Malawi.

“Team building and assessing fitness levels is key. The back to back clashes against Algeria will demand us to be thoroughly prepared and ensure we have our best possible squad .We will be squaring against the defending champions whom we can beat home and away if we just put our house in order and ensure all our best players are available for the games,” said the staunch fan.