We will not give Algeria too much respect: Logarušić 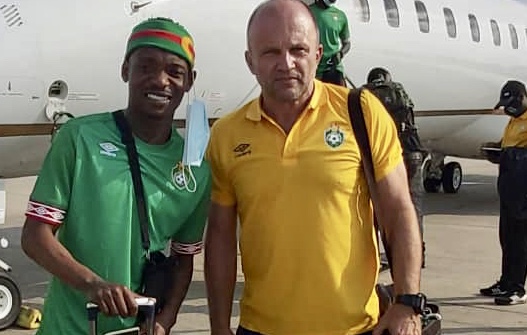 While we acknowledge that Algeria are the African champions and have not lost in over 20 games, we will not give them too much respect, Warriors coach Zdravko Logarušić has said.

Logarušić’s troops take on the Desert Foxes in two blockbuster AFCON qualifiers in Algiers on the 12th of November before hosting four days later at the National Sports Stadium, which recently got a temporary green light from CAF to host international matches.

The Croat took charge of the Warriors for the first time in the goalless draw against Malawi in an international friendly and with Algeria looming, he insists while they are the champions, they shouldn’t be given too much respect.

“We should be realistic about this match against Algeria. They drew 2-2 against Mexico, with a full-strength squad, a privilege we didn’t have when we played Malawi in our own friendly last week. They have not lost in almost 20 games and they are African champions so we must give them respect,’’ he told The Sunday Mail.

“However, we will not give them (Algeria) too much respect. Remember we are the Warriors and we are fighters. We have been analysing them, we have also been looking at some of their games at the previous AFCON finals,” added the coach.