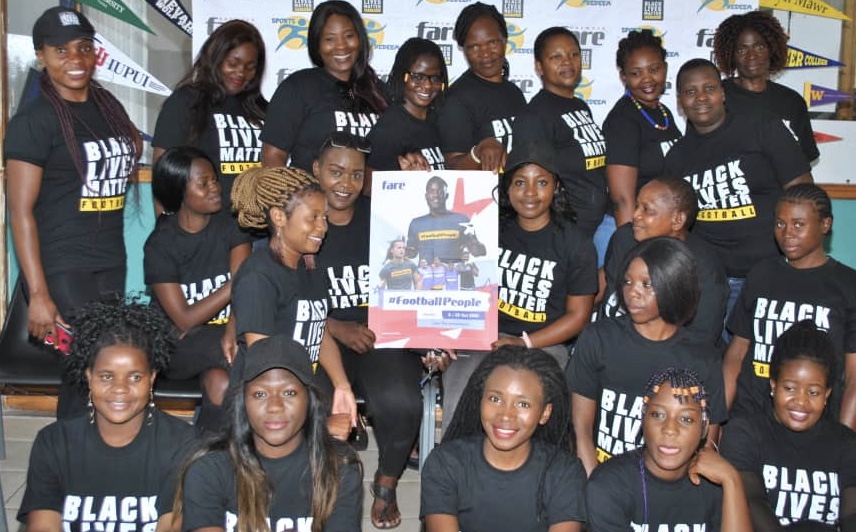 The ideology that football administration is a preserve for men is so deep-rooted in Africa, so much so that women who decide to involve themselves in it are a drop in the ocean.

Only two women in the history of African football have been elected to lead a national association; Lydia Nsekera and Isha Johansen of Burundi and Sierra Leone Football Associations respectively.

One of Zimbabwe’s few female administrators Violet Jubane, through her sports consulting company Sports Redeem, is seeking to demystify  the occupational stereotypes associated with football administration through grooming young girls showing interest in the male-dominated industry.

They held a conference in Gweru last week, at which physical education teachers, administrators,
co-founders of football academies
female sports journalist and gender equality activists took part in the event, aimed at to promoting and inspiring black girls and women to take up leadership roles in football.

Speaking after the event, Jubane, who is the also the ZIFA Central Region Secretary, said laying a platform for women-occupied future football administrative roles is an achievable task.

“Considering the number of women occupying leadership roles in football is on the rise, that only a positive sign that they can make it.
Fatma Samora is the first female Secretary-General at FIFA and I believe things and changing and the world is evolving whilst communities speak louder about gender equality,” she said.

“From the look of the things, participants have demonstrated much appreciation for being part of the event. As it is one of the few Women in sports leadership event that has been held so far, it was quite a privilege for the participants to be part of the conference and some of them expressed their gratitude and excitement through their social media pages,” added Jubane.

Asked on her overall plan for the future in that regard, the FIFA Master holder said: “I also want to empower women with leadership skills that are necessary for them to navigate in a male dominated industry.”