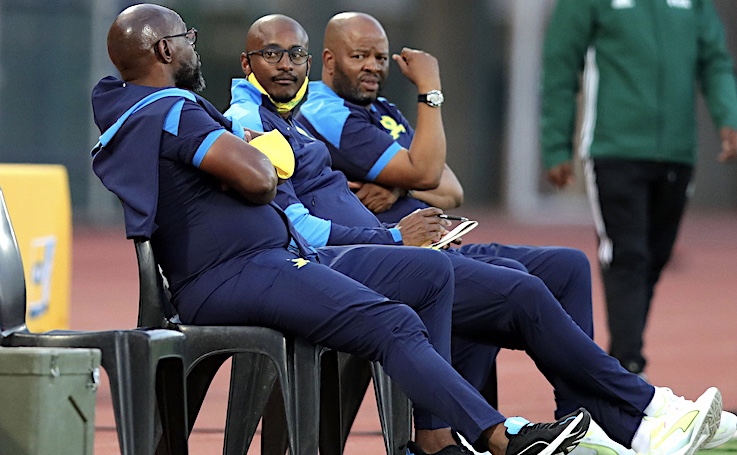 After their Mamelodi Sundowns tenure started on a losing note with a 0-1 defeat to Bloemfontein Celtic in the MTN 8, the club’s coaches Rulani Mokwena, Manqoba Mngqithi and Steve Komphela face a stern test this weekend.

Masandawana meet a familiar enemy in the headline fixture of the 2020/21 DStv Premiership match day one at the FNB Stadium on Saturday, Kaizer Chiefs.

The trio’s appointment and how the setup works has generated a lot of debate in South Africa, with Mnggithi and Mokwena co-head coaches while Komphela was roped-in as ‘senior coach.’

What is not up for discussion however is that they will be looking to kick start the new league campaign with a victory over Kaizer Chiefs.

In Amakhosi, they face a side who came back from behind to beat Maritzburg United in the MTN 8 last Sunday, with new coach Gavin Hunt showing his tactical prowess by masterminding a second half turnaround after being dominated by the Team of Choice in the first stanza.

Chiefs will welcome back midfield linchpin Willard Katsande and Lebogang Manyama after the duo missed the win over Maritzburg due to suspension.