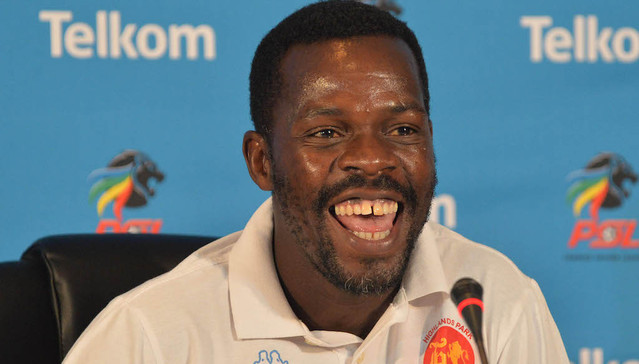 Tapuwa Kapini believes locally-based keepers are good for national team selection but has urged the Warriors technical team to consider those in foreign leagues for the back-to-back Afcon qualifiers against Algeria next month.

Despite doing well in the encounter, Kapini feels the coach will need to look elsewhere and call those who have been active.

“I think we are doing well as a country in producing quality goalkeepers,” the former Warriors captain told B-Metro. “Any goalkeeper that would be in top form can represent the nation.

“Those who are playing regularly wherever they are attached they do deserve to be assessed by the coaches just to give them the much-needed confidence to say go and do well for the nation.

“I’m talking of the likes of Tatenda Mukuruva, George Chigova, Edmore Sibanda and Elvis Chipezeze. I have also heard people talking about Martin Mapisa (based in Spain), but I don’t know him that much.

“I’m not taking anything away from all the locally-based goalkeepers, but it has been almost a year for them without playing competitive football. So, it is going to be difficult for them to adjust to national team demands.”

Kapini further explained saying the Algeria games will be more difficult and the coaches need those who have played football recently.

“I know some of the locally-based goalkeepers played over the weekend against Malawi. However, the real test is going to come against Algeria, and we will need people who have been playing.

“Thumbs up to those goalkeepers (Talbert Shumba and Nelson Chadya) because it’s not easy to make it into the national team when you have been inactive and go on to keep a clean sheet.

“Just like what the coaches do with midfielders, strikers and defenders, other locally-based goalkeepers that include Ariel Sibanda and Munyaradzi Diya need to be given a chance,” he added.

Zimbabwe will travel to Algeria in Matchday 3 of the qualifiers on 12 November before hosting the North Africans at National Sports Stadium in Harare four days later.