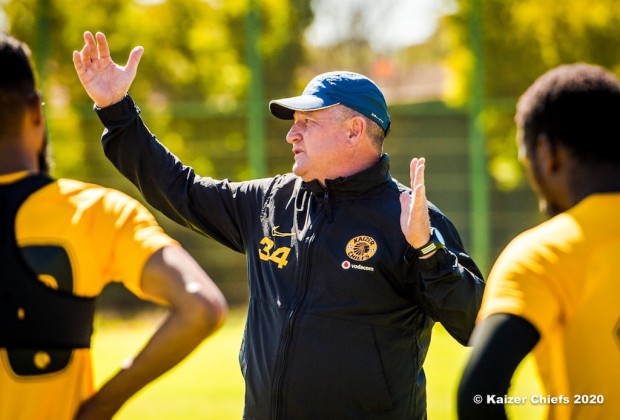 Kaizer Chiefs coach Gavin Hunt says the club may loan new arrivals since they can’t be registered to play after the FIFA transfer ban was upheld.

Amakhosi seemed to have made a couple of signings as they believed their appeal at the Court of Arbitration for Sport (CAS) would be successful.

But after the dismal of the appeal, the future of players like Sifiso Hlanti, Phatushedzo Nange and Brandon Petersen was put in doubt.

The trio, who has been training with the team for some weeks now, is ineligible to play in any competitive game for Chiefs this season due to the ban.

Hunt has now explained their plans for the players in question.

“Right now, I’m going to have a meeting with the chairman, as we finish here, about those players and we’re going to see what’s going to happen.

“Possibly we’ll have to loan them out to get some playing [time], we can’t leave a player not playing for so long, but I mean that’s one of the options. I’m not sure what he thinks, but we’ll discuss that,” the gaffer told reporters ahead of the MTN8 semifinal against Orlando Pirates on Saturday.