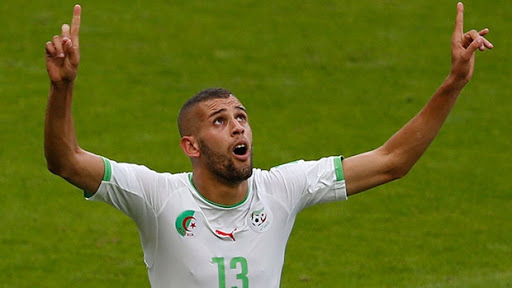 The omission of Leicester City striker Islam Slimani from the final Algeria squad might have been an easy decision by the Algerian technical team but potentially a wake-up call for their Zimbabwean counterparts.

Algeria coach Djamel Belmadi, in his final 24-man squad for this week’s AFCON Group H qualifiers against Zimbabwe, did not include Slimani, who has not featured for the Foxes in the Premier League this season.

Brendan Rodgers also left the Algerian out of the Europa League squad and his lack of game time resulted in Belmadi leaving him out of the Desert Foxes squad.

Nadolo, the only locally-based player in the squad, has not played club football for over eight months due to the local league being placed on hold owing to the Covid-19 pandemic.

Karuru was released by DStv Premiership side Stellenbosch before the start of the 2020/21 season, a setback which resulted in many questioning his inclusion.

Though the technical team seemingly explained that the midfielder was included because of his quality, previous form and continuous loyalty to the national team, it’s worthy to note that the team is also driven by the performance on the field at the particular time when the squad is assembled.

Ovidy’s lack of game time, never mind the fact that its just three missed games, has both a physical psychological effect on how he fares for the national team and sadly, its the same for Nadolo, if not worse.

The passion and commitment to play is good but it must not be considered as the sole ticket to the national team.

If that should be the case, why then Belmadi dropped Sliman who has played for the Desert Foxes for the past eight years, making significant contributions in over 70 matches and scored twenty-nine goals?

Why did the coach decide to rope in Qatar-based Baghdad Bounedjah who plays at a lower level than Slimani?

The answer is obvious, the Algeria coach wants to have players who are active, something his counterpart overlooked in his selection.

And in the wake of these developments, many will question the selection criteria used in the Warriors squad, considering that Algeria left out a top striker playing in the English Premier League because he is not playing regularly.