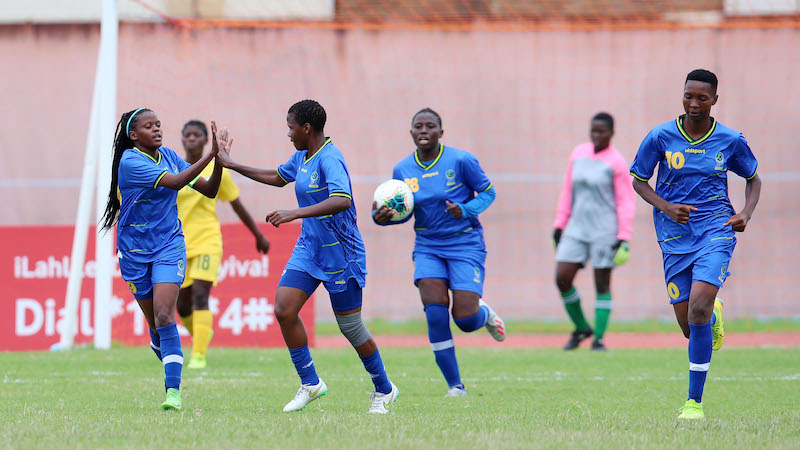 Zimbabwe suffered another heavy defeat at the COSAFA U17 Women’s Championship, this time losing to Tanzania 10-1.

The Young Mighty Warriors looked to build from the 3-2 victory against Comoros in their previous match but went on to concede their heaviest thumping at the tournament. They lost 7-1 to South Africa in their opening match.

The East Africans opened the scoring as early as in the second minute through Protasia Mbunda following a handling error from the Zimbabwe goalkeeper Timmly Kavhura.

Tanzania dominated the pace in the next moments and got their second goal five minutes later courtesy of Koku Kipanga’s effort before captain Irene Kisisa made it three just before the quarter-hour.

Zimbabwe never showed any intent to come back into the game and conceded the fourth goal in the 19th minute from Shehat Mohamedi’s strike.

The scoreline changed to 5-0 on the half-hour after some brilliant quick move which was finished by Ester Gindulya.

Tanzania went to the break with a comfortable lead and continued their dominance in the second half. They registered their sixth goal in the 55th minute through Zawadi Athuman before Neema Shibara hit the seventh one moments later.

Rudo Machadu scored for Zimbabwe in the 78th minute, but it was too little too late to make a come back as the East Africans went on to strike three times again in the remainder of the game to win the match 10-1.