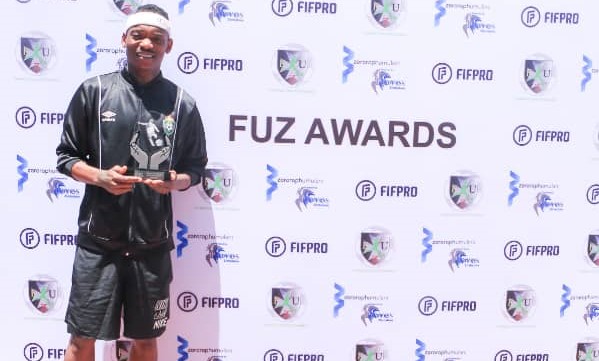 The Footballers Union of Zimbabwe (FUZ) handed over the Best International Player Award to Khama Billiat on Friday afternoon.

The Kaizer Chiefs forward won the award at the 2019 FUZ Awards held in February but could not attend the event to receive the accolade as he was in South Africa. He was to get it in March during the international break, but the coronavirus lockdown delayed the handover.

FUZ presented the award to the player at Holiday Inn hotel, in Harare where the national team is camping.

Billiat is part of the Warriors squad preparing for the Afcon Qualifiers – Matchday 4 encounter against Algeria on Monday.

The match is scheduled for National Sports Stadium behind closed doors. Kick-off is at 3 pm.