We don’t want to depend on other results: Musona 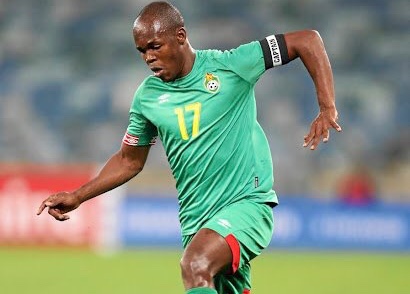 Warriors captain Knowledge Musona says they don’t want to depend much on other results in the group to qualify for the 2021 Afcon finals.

The national team is in the second position in Group H of the Afcon qualifiers, just a point ahead of third-placed team – Zambia.

They face leaders Algeria, who are on nine points, on Monday in Matchday 4 and need to avoid a defeat to maintain any high prospect of qualifying to the final.

Speaking after the team’s final training before Monday’s encounter, Musona said: “Anything can happen in football, we don’t depend on other teams (in the group).

“We will play for ourselves. We want to qualify with our points without looking at other teams, expecting favours.

“I think it’s best to do the job for ourselves, so there is no pressure. Any result can come tomorrow, win or lose.

“We still have two more games to play (after Monday’s game), but the first thing is to focus on the next matchday, and forget about the other team and try to do our best to collect maximum points.”

The game against Algeria is scheduled for National Sports Stadium in Harare behind closed doors. Kick-off is at 3 pm.